For today’s ride, we decided to ride some coastal roads. Once again, we set out along St Ouen’s Bay, then peeled inland and north to Plemont Bay, which is supposed to have a tremendous little beach surrounded by rocks. When we arrived, the tide was in, and the waves were crashing against the rocks. Really spectacular stuff. We stopped for a coffee then climbed back up the hill. This sort of set the precedent for the day – each cove we visited resulted in a surprisingly steep and switch-backy climb afterwards. Never anything we couldn’t deal with using the range of gears available with the Rohloff hub, and anyway, the climbs were pretty good fun. 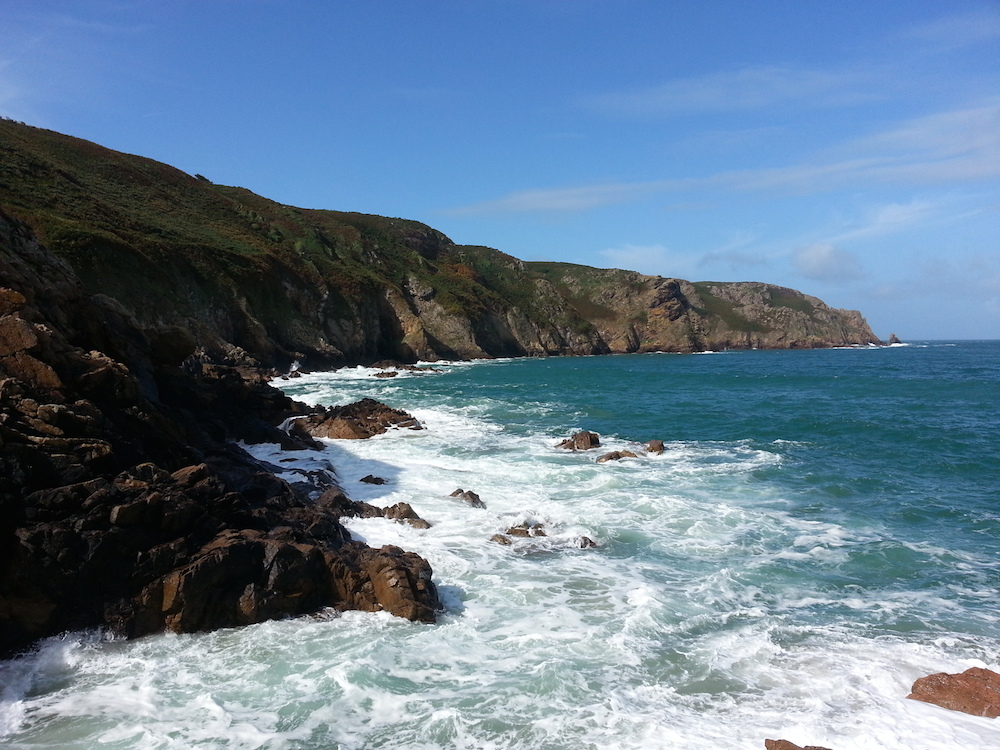 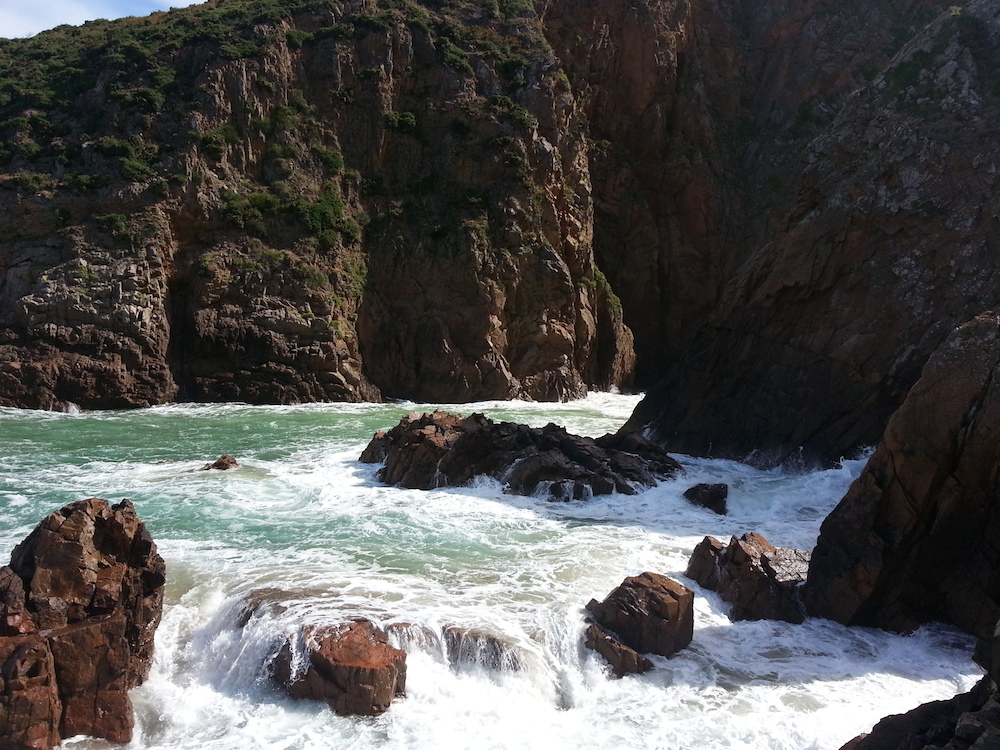 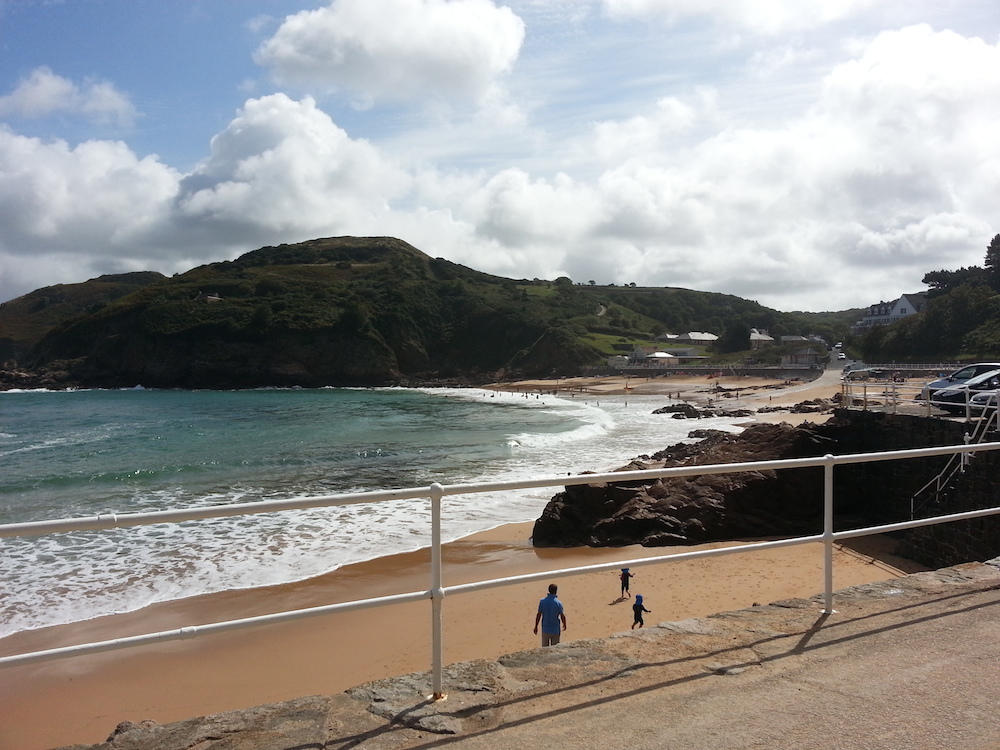 Another stop, another beach!

At Bonne Nuit bay, the tearoom/cafe was closed. Fortunately there was a food trailer from which we got some egg and bacon rolls to fuel the ascent of another steep climb. Eventually we called it a day and returned to the guesthouse via a wiggly descent past a reservoir. 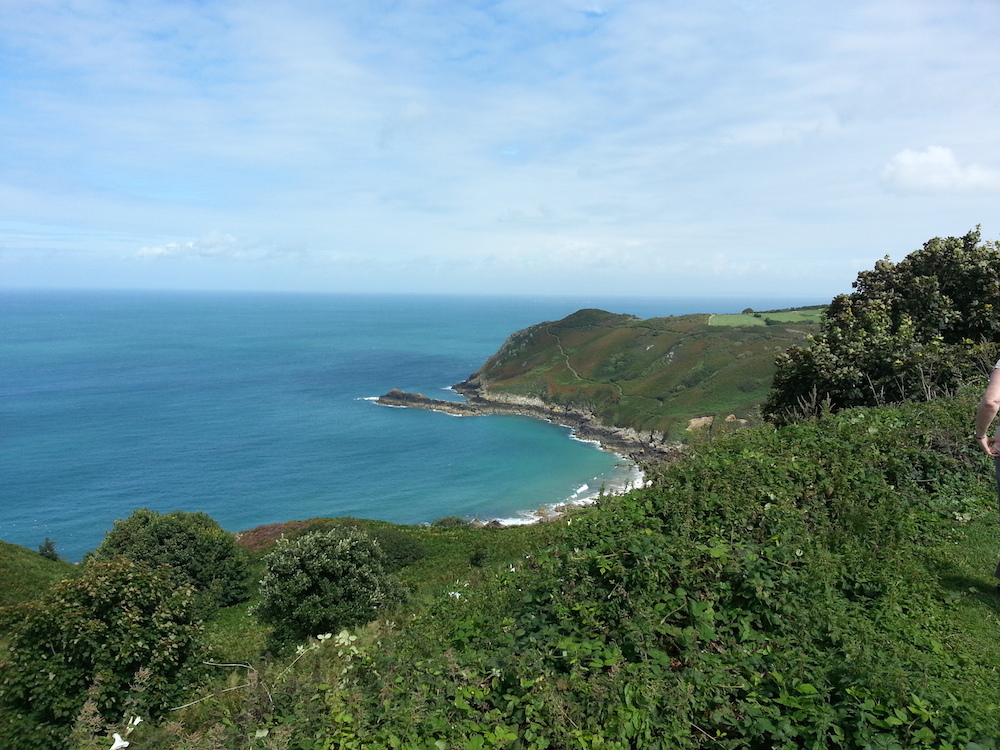 View from the heights above Bonne Nuit Bay

Our friend from Jersey had described to topography of the island as being “like a slice of cheese” – in other words, wedge shaped, with the north coast of the island being high with cliffs. We agree!

Since we had an early start, we loaded the car up during the afternoon. In the evening, we went for a walk through St Aubin before returning to a bar for a rather expensive pint and a very good value paella. The paella was rather good, and came with a pint of San Miguel, which made up for the expensive beer. Thus fortified, we retired for the night.