We were woken at about 6am by a tremendous downpour! I checked weather forecast – it looked to be reasonably dry in the morning (sunny spells), broken by heavy rain in the afternoon and evening. We decided to cycle to La Corbiere, a point at the the south west of the island, and then onwards to make a decent loop, returning before the afternoon rain.

La Corbiere turned out to be a terrific spot blasted with the elements, and with the usual WW2 German fortifications, of which there are considerable remains on Jersey. Apparently Hitler decreed that a substantial proportion of the budget (about a twelfth of the steel and concrete) for the Atlantic Wall was to be spent fortifying the Channel Islands against their recapture by the British. Of course, D-Day happened and the western allies continued onwards towards Berlin without attempting to retake the Channel Islands. The islands were eventually liberated after VE Day. This meant additional hardship for the remaining residents. One mustn’t forget the dreadful treatment meted out by the Germans on the slave labourers used to built this stuff – later in our trip we visited a memorial to those labourers and the islanders who tried to help them. 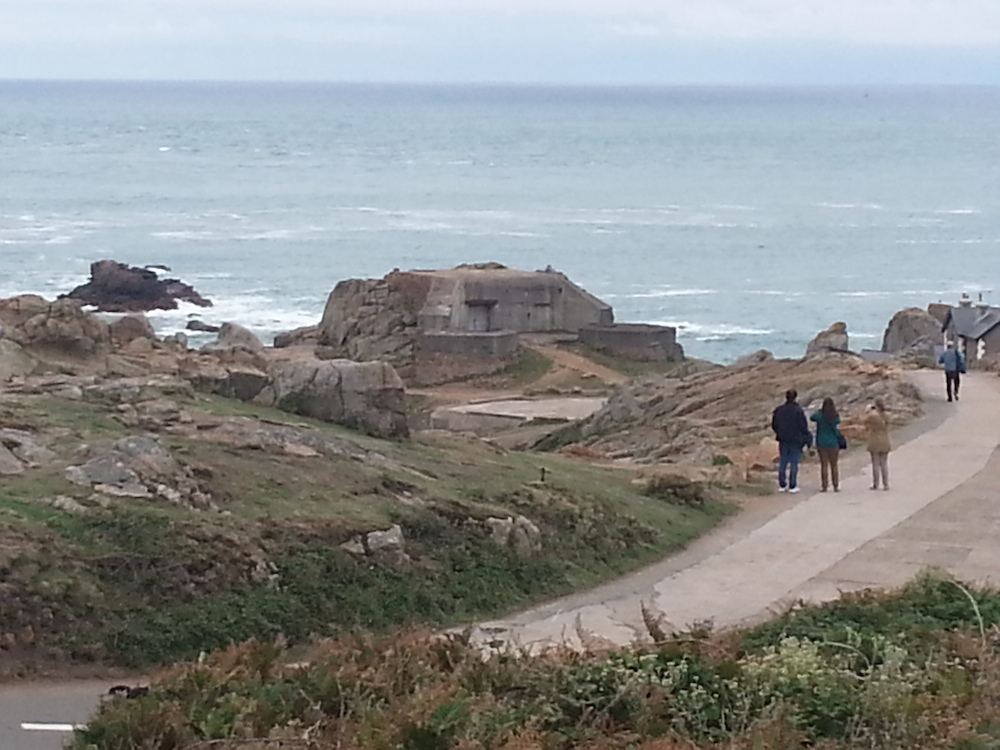 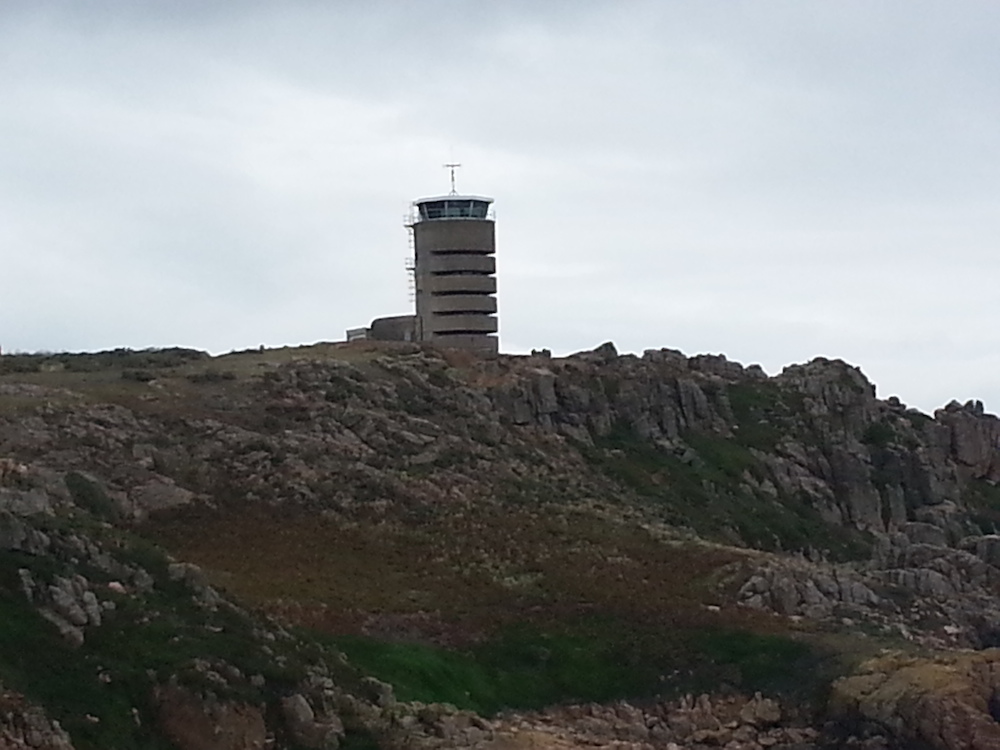 After briefly turning inland, we rode along a long sandy bay largely used by surfers – this too was heavily fortified, not only by German reinforced concrete but by Napoleonic era Martello Towers. Some of these, such as Lewis’s Tower, are available for hire though with limited appeal to to a lack of amenities!

After this, we rode on to a place just north of Les Laveurs (Faulkner’s Fisheries), where an old German defensive building has been reused as a seafood place – we had Lobster sandwiches before pressing on for Grosnez castle, which turned out to be not much more than a wall, albeit a wall in a stunning location. Of course, the ubiquitous German reinforced concrete was still in evidence in even the remotest places. 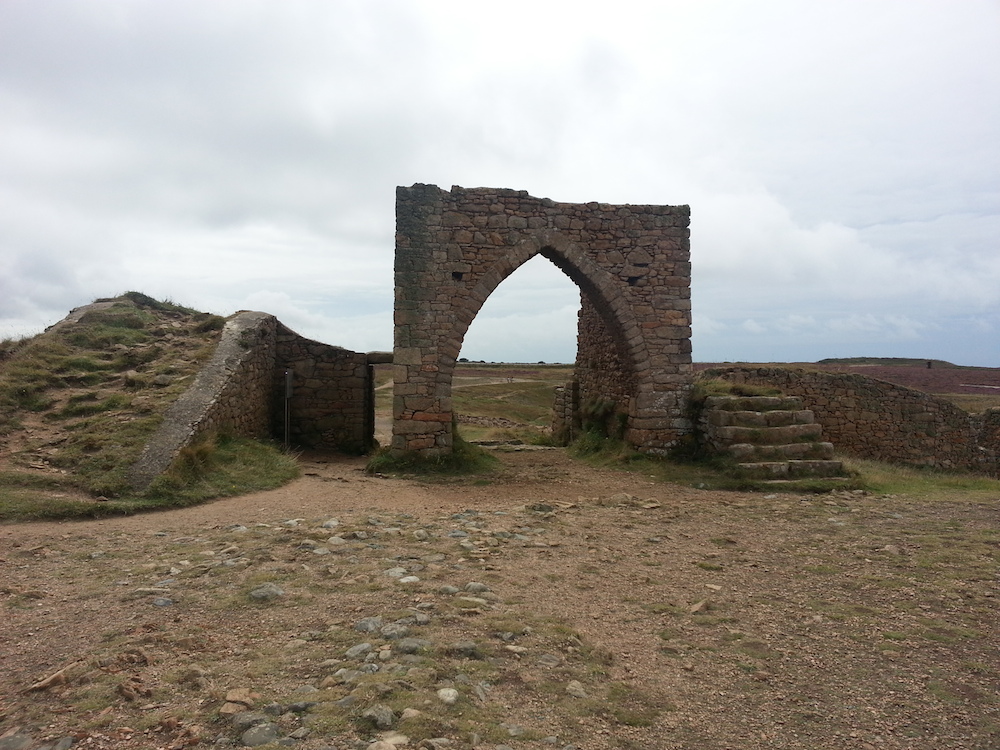 There’s not much left of Grosnez Castle! 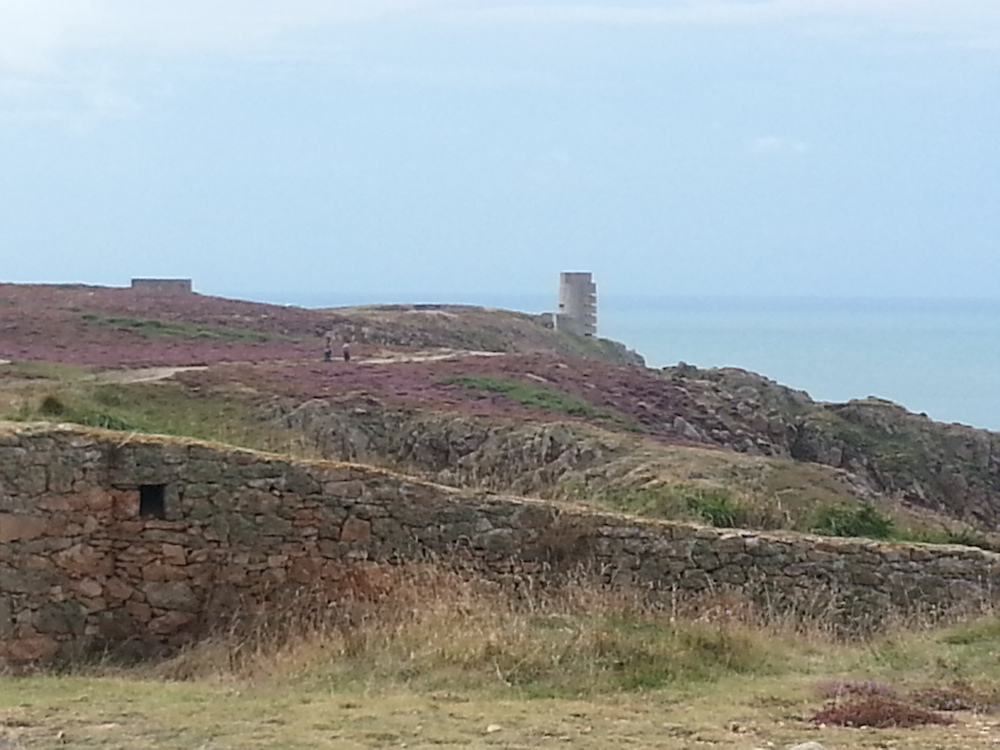 Another bit of Atlantic Wall!

With the threatened rain, we then made our way back to the guesthouse. Later that evening, we got completely soaked getting back from our dinner in Cheffins. I had mussels in a Spanish style bisque sauce with chorizo, followed by sea bass on a really nice risotto, and gin & tonic jelly (very nicely presented). C had a massive plate of roast pork, which meant she had no space for dessert!