We woke to sunny conditions, which was good – and actually made a nice change. 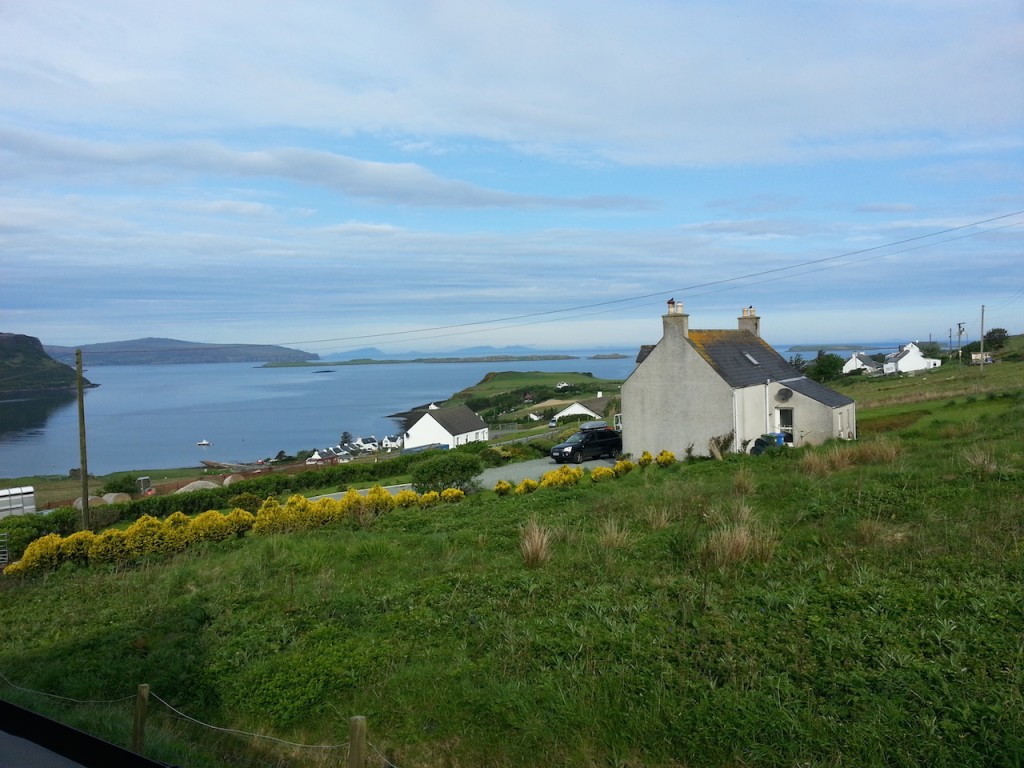 We made an early start, riding back down the singletrack towards Dunvegan, though we bypassed Dunvegan itself via a delightful little uncategorised road. Unfortunately this was where the day’s rain began, spitting at first, then a bit more persistent.

We saw the broch near Struan (Dun Beag), with lots of people on it, but it was far enough from the road that we didn’t want to get even wetter walking over to it.

Despite the dampening weather, we remained cheerful and when an opportunity arose to stop and make a cup of coffee at a viewpoint layby, we grabbed our chance. Sadly we attracted the attention of the first midges of our trip, and consequently drank our coffee while pacing around trying to avoid them. We must have made an odd sight to passing motorists! It did seem that the midges were attracted to the tandem – presumably it looks like the dark mass associated with a large animal!

Pressing on along some climbs and descents, we were getting ever closer to the Cuillins, eventually reaching Sligachan where we stopped at the Hotel bar for a cup of tea and a bowl of Soup (Cuillin skink, their variant on cullen skink – it was very good).

Thus refuelled, we pushed on into brightening weather. Instead of staying on the main road that climbs past Glamaig, we took a lovely little road from the Skye golf course and past some fish farms. The road got pretty bad as we rode along, but we made it safely to rejoin the main road. At times, it was a bit like steering the tandem in narrow bits of tarmac between vast potholes, while at others the road surface appeared to have been stripped back in preparation for a subsequently abandoned resurfacing. Still, it’s a lovely road with good views. I was glad of the 2″ tyres, though! 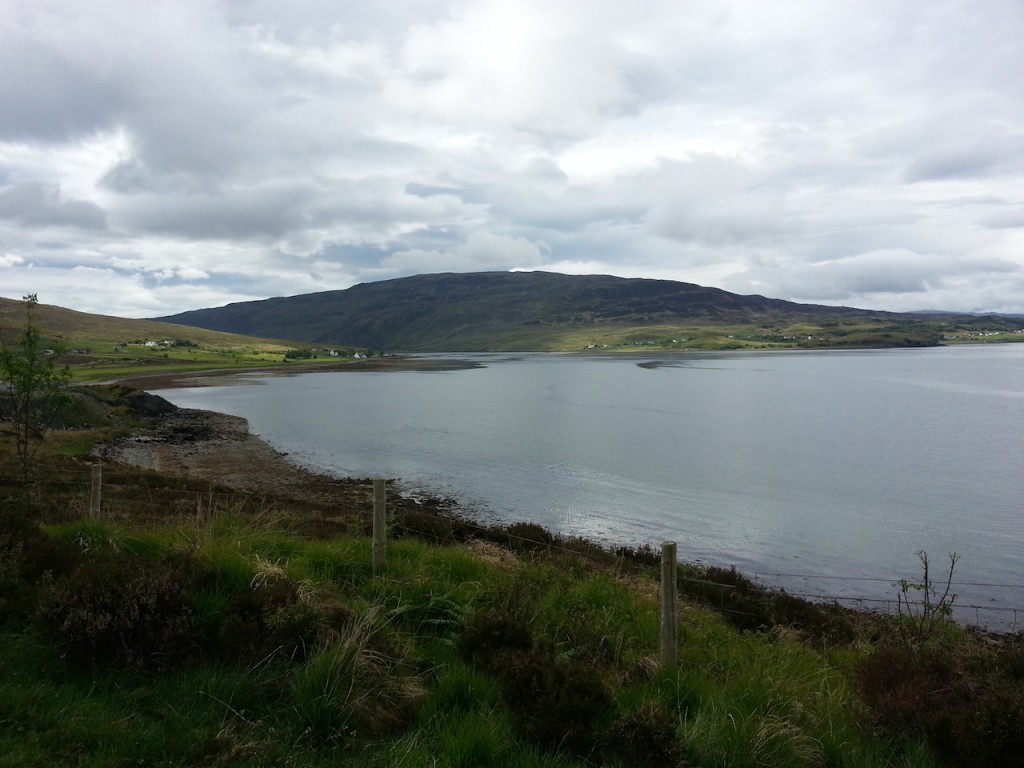 View from the “rough wee road”

From there, it was a straightforward run down to Broadford. We paused for a coffee at the newly renamed Cafe Sia (it has a wood pizza oven) before moving on to find the B&B – Sea Cottage. This accomplished, we wandered out to see about dinner. We eventually settled on the Harbour Restaurant (El Puerto), which offers a Spanish take on local seafood. We both had a Squid starter – I had sea bass for main, cooked in a fruity sauce, and a classic Catalan dessert. And beer partly made from oats.