The day’s plan had been sorted before dinner the previous day: we’d phoned ahead to a B&B we’d previously stayed in at Mallaig: the idea was to ride over to the Skye Bridge and over to Skye (it doesn’t have the same poetic ring to it) the cross from Armadale to Mallaig. This would be our fifth ferry of the tour. After an excellent night’s sleep, we woke to brilliantly sunny conditions. Unfortunately, by the time we’d had breakfast, loaded up the bike and paid the bill, it had clouded over a little. The first 11 miles were the toughest of the day, featuring the south Loch Carron road – a road which has assumed mythic proportions in our collective mind. It is, if truth be told, quite a hard road for the loaded tourer. Within a mile of leaving the hotel, we were grinding up a 15% gradient, with several climbs still to come, including a hugely long climb that takes one past the famous “Stromeferry (no ferry)” sign. We paused for a snack when that was done, then began a fast descent to the main road to the Skye bridge. 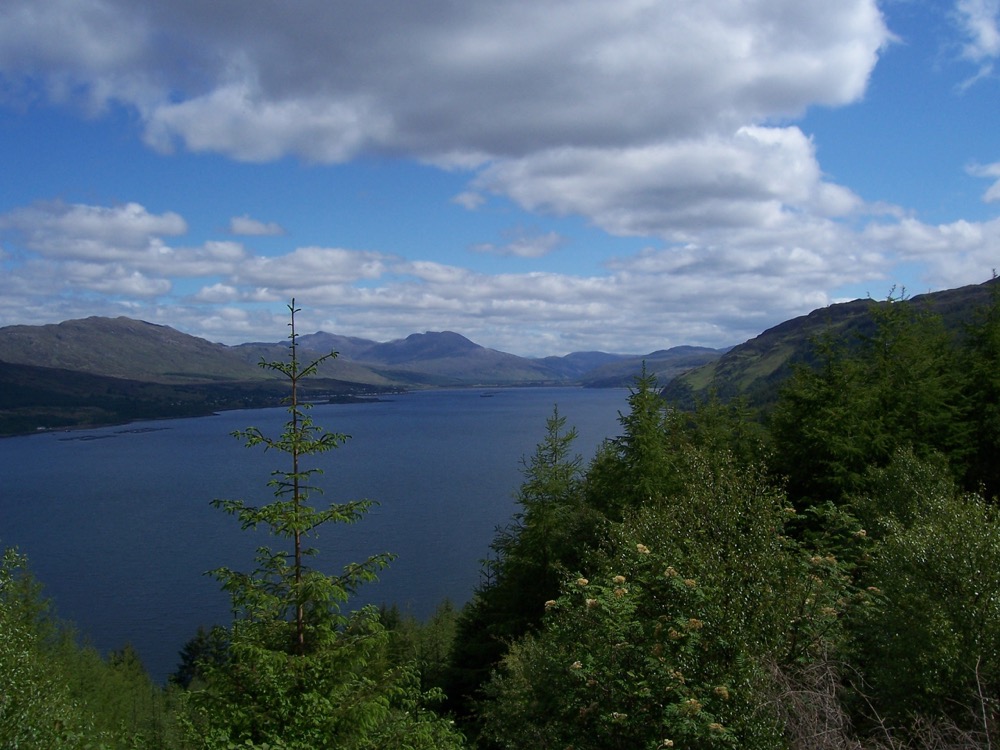 There was a huge volume of traffic heading for Skye – I wondered whether the island would be big enough to absorb them all – and this, together with pretty atrocious road surfaces made the ride to the bridge rather a hassle, particularly as our mobile phone rang at that point! The Skye Bridge is surprisingly steep, but not difficult to negotiate, and once over, we made good progress despite several photo stops to capture views across to the mainland. Eventually we reached the junction where the road either carries on towards Portree or towards the ferry at Armadale. We turned off towards Armadale. The road initially takes one over some bare moorland, despite this we decided we had time for a stop for a snack and a cuppa. 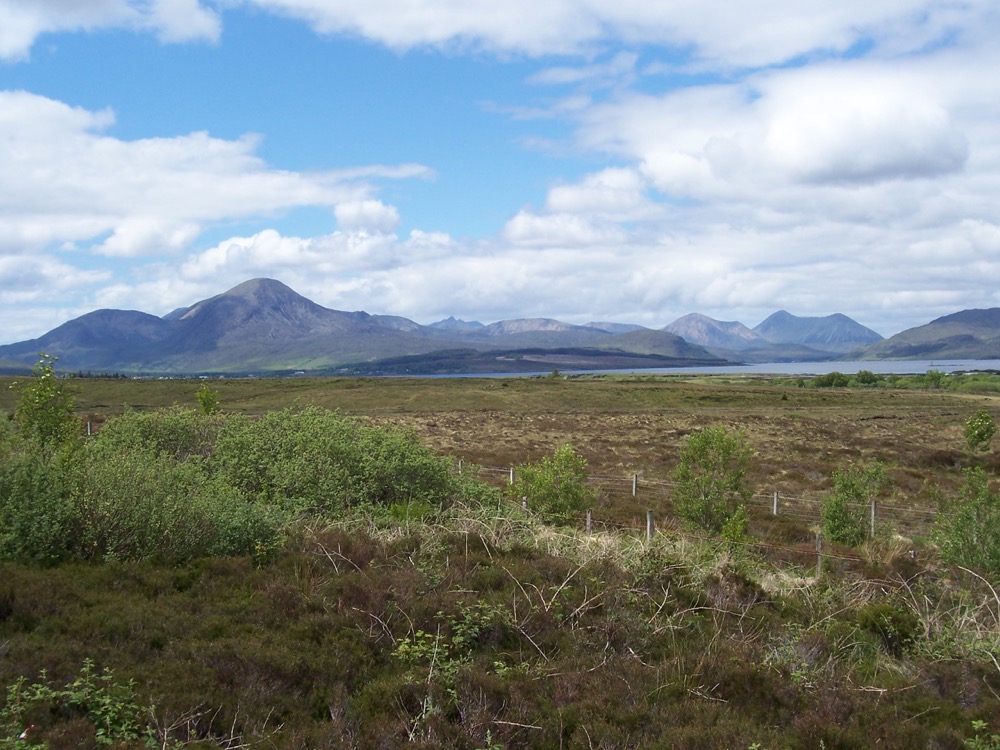 The view just after crossing the Skye Bridge

Remounting, we hastened on to catch the 15:20 ferry to Mallaig. The road to Armadale is rather varied – one minute one’s riding through bare hillside, the next through attractive woodland; one moment grinding up a surprisingly steep bit of road, the next roaring along at a fine lick. Actually, in the years we’ve been taking the tandem out on cycling holidays, this road has been ‘improved’ beyond recognition – whereas about 15 years ago it was largely single track and rather meandering, now it’s been straightened and widened to help the motor traffic bash on to Armadale without thinking or seeing the surroundings. Nearer Armadale, it’s a bt more interesting – there are one or two tourist traps, a cookery centre and what looks to be a large Gaelic language college. Oh, and some delightful woodland form which one emerges to see the see and the ferry terminal at Armadale. As for all the previous ferry crossings, there were quite a few cyclists. And motorcyclists this time.

We reached the ferry terminal in good time: I bought a pair of Island Hopscotch tickets to cover the remaining ferry crossings. The guy at the desk alerted us to roadworks and consequent road closures on the road between Glenuig and Acharacle. This caused us a bit of concern, but when we reached the B&B we did a spot of Googling and found that the roadworks wouldn’t be happening tomorrow as it was a Scottish bank holiday (prior to the additional Jubilee bank holiday on Tuesday).  We were talking with a bloke on the ferry, who said that our B&B was about the only place in Mallaig taking the Jubilee seriously – indeed we could see it as we approached the harbour, as it stood out a mile because of the buntings!

After arriving at the Western Isles B&B and cleaning up, we wandered into town and had dinner – cullen skink followed by crab wrapped in lemon sole (Carol) and scallops with cauliflower bhajis (me). After dinner we wandered about, were nosey-parkered at by a couple of seals in the harbour, then returned to the B&B.

The plan for our penultimate day in the saddle tomorrow was  cycling from  Mallaig to Strontian. My trusty  iPad weather app predicted a mostly fine day, though with some risk of showers