This turned out to be a day of two halves – and both suffered from strong head winds! We completed our stay at the Lochedge B&B with an excellent breakfast, and selected our packed lunch. Thus armed, we set out for the next arranged B&B – up on the west coast of Lewis in Upper Shader.

First, however, we had to scale the absurdly steep road from Maraig to the road across Clisham. We accomplished this with some style (even though I say it myself!), and then set off on the main task of cycling out of Harris and into Lewis. The weather at this point was rather overcast and cool, but dry and with sunny spells. 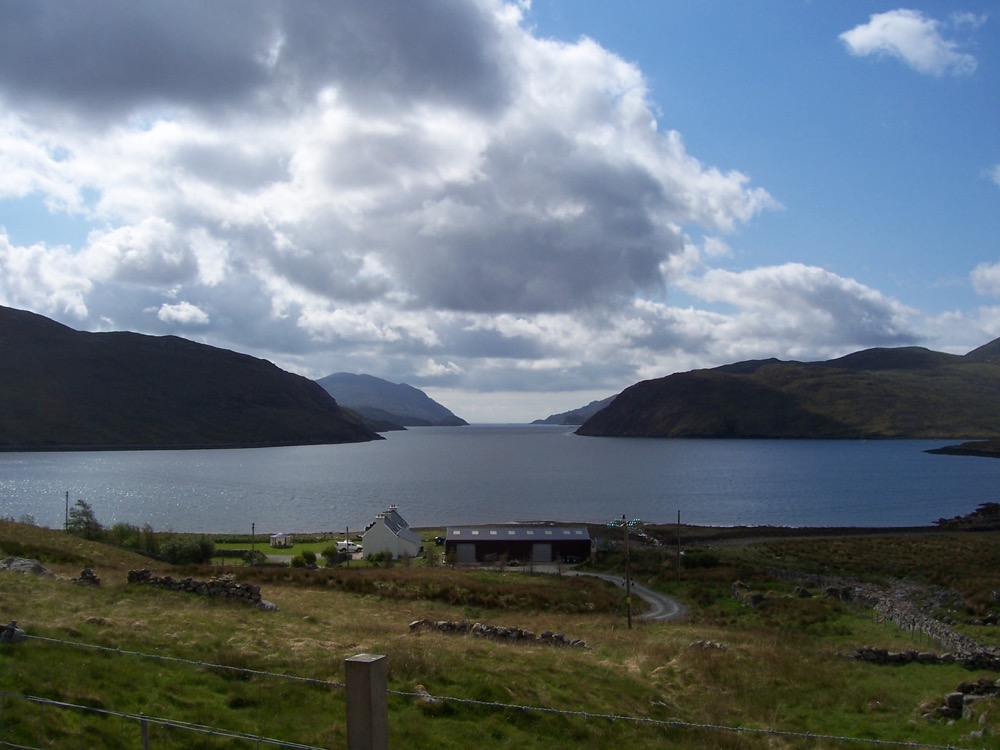 Looking back along Loch Seaforth

We quickly realised this was not going to be easy cycling, as we had a nagging head wind. After about 20 miles, we made a left turn to Garynahine, and for all of about eight miles we had a nice tail wind! We paused to eat our packed lunches (ham and mustard & salmon and cucumber sandwiches) in the sunshine – by now, the sunny spells were longer and more frequent. Unfortunately, from Garynahine, things got a lot harder as the head wind had begun to swing and become more northerly. We cycled past the famous Callanish stone circle (and Callanish III, a secondary circle nearby) and, deciding not to stop, pressed on to Carloway. We’d visited Callanish on several previous occasions, both before an after the new visitor centre had been built. 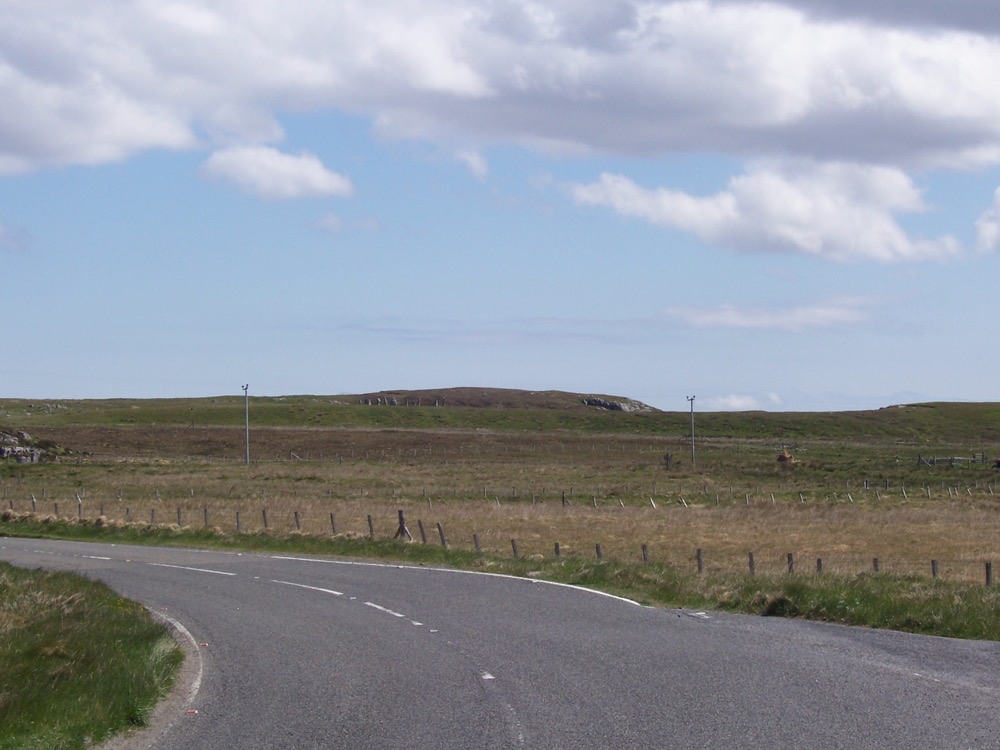 The Callanish standing stones visible on the skyline

At Carloway, there’s a great view of the famous broch from the road. Once again we decided not to stop, since we’d visited the broch before. A little further on, we made a short detour to the Gearannon black house museum, but only because we knew they had a good tearoom, and by this time we desperately needed a pit stop, as the combined effect of the head wind and repeated short climbs was wearing us out.

Fortified by tea and scones, we rejoined battle against the wind, with a predicted 15 miles or so to go before reaching the B&B. Unfortunately the cycling remained really tough as the head wind strengthened, and we were getting a bit fractious in the last few miles (which is never a good thing for a tandem crew on tour!

Eventually we reached Shader on the west coast of Lewis, and began to look for the B&B (The White House). Shader seems to go on for ever, particularly when your legs are getting tired! At last, we made it, and shifted the panniers into our room. Once in the B&B we showered, and pretty much collapsed! Plans to go out for a walk fell by the wayside as we decided to just take it easy.

Fortunately, tomorrow was planned as an easy day – a mere 15.1 miles to cycle, and this should have a stiff tail wind.

The White House B&B was top notch, very friendly with excellent breakfast and a comfortable and well appointed room. Free WiFi, with a netbook to use!