Over breakfast, we made the final decision to wind up the tour with four or so rides based in Pitlochry.  So from Helmsdale, we set off in the car – destinationPitlochry. This was Plan C, in which we stay three nights, for four rides in Perthshire. This was a rather dull drive down the A9, though broken by a supermarket visit in Aviemore.

Once in Pitlochry, we looked for a B&B for three nights, though we actually went for a self-catering house instead. After getting unpacked and buying a few supplies, we set out for a short ride over to Loch Tummel and the Queen’s View.

The ride took us out of Pitlochry on a cycle route (actually a B road rather than a purpose built cycle track) through Killiecrankie and Blair Atholl. The road was delightfully undulating and it felt pretty good to be back on the bike again.  Eventually, the road started going up, and we were cutting across a hillside to get to Tummel Bridge.  Along the way, we stopped to eat one of the meals we’d taken for the tour. For this we stopped next to a sandy bank where sand martins were nesting (much too their dismay!) 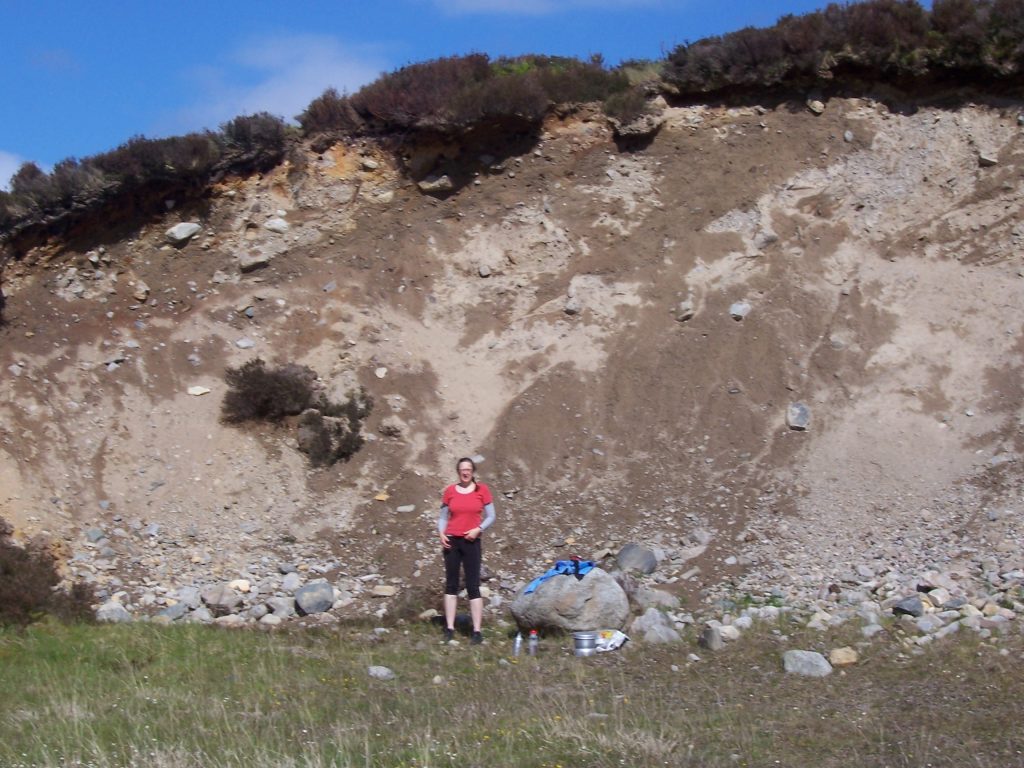 You can’t actually see the birds, as they’d scarpered, but their nests were at the top of that sandy bank.  Loch Tummel itself is rather pretty (it was even more so on the ride on Day 5), and is blessed with the famous Queen’s View (below), named for Queen Victoria.  Actually, in Queen Victoria’s day, the loch was considerably narrower, amd the view would have been rather different.  The present loch resulted from damming in the 1940s for use in generating hydroelectric power. 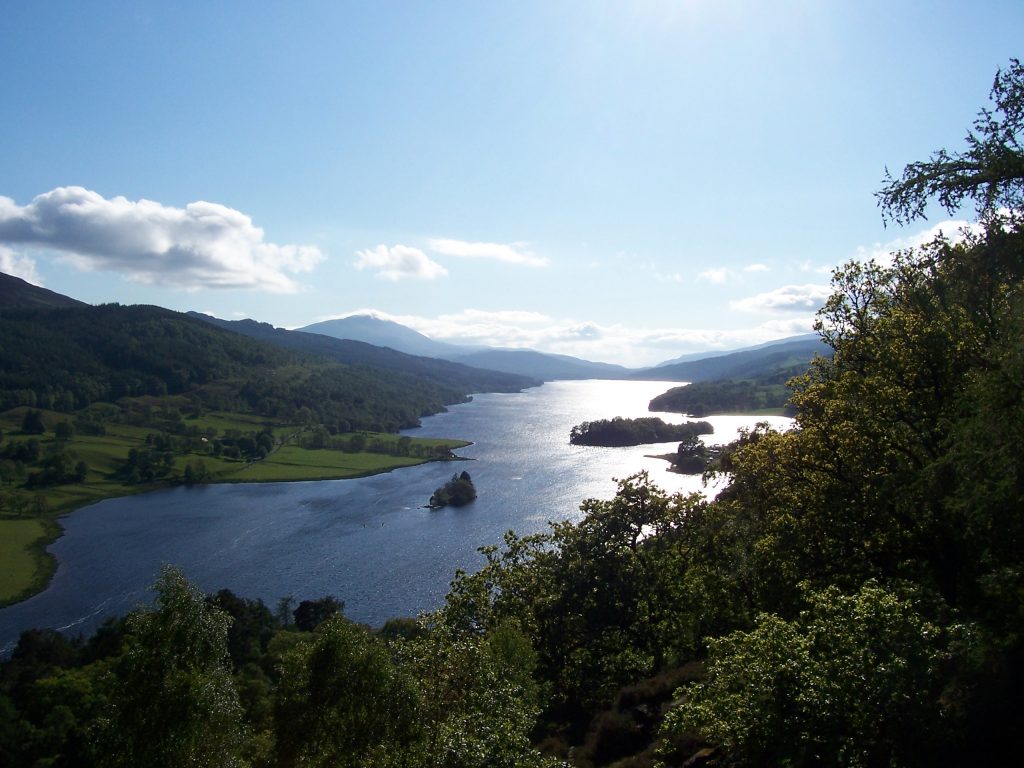 From Loch Tummel, it was only a short ride back to Pitlochry.  On the way, we rode across a bridge over a gorge, offering fine views: 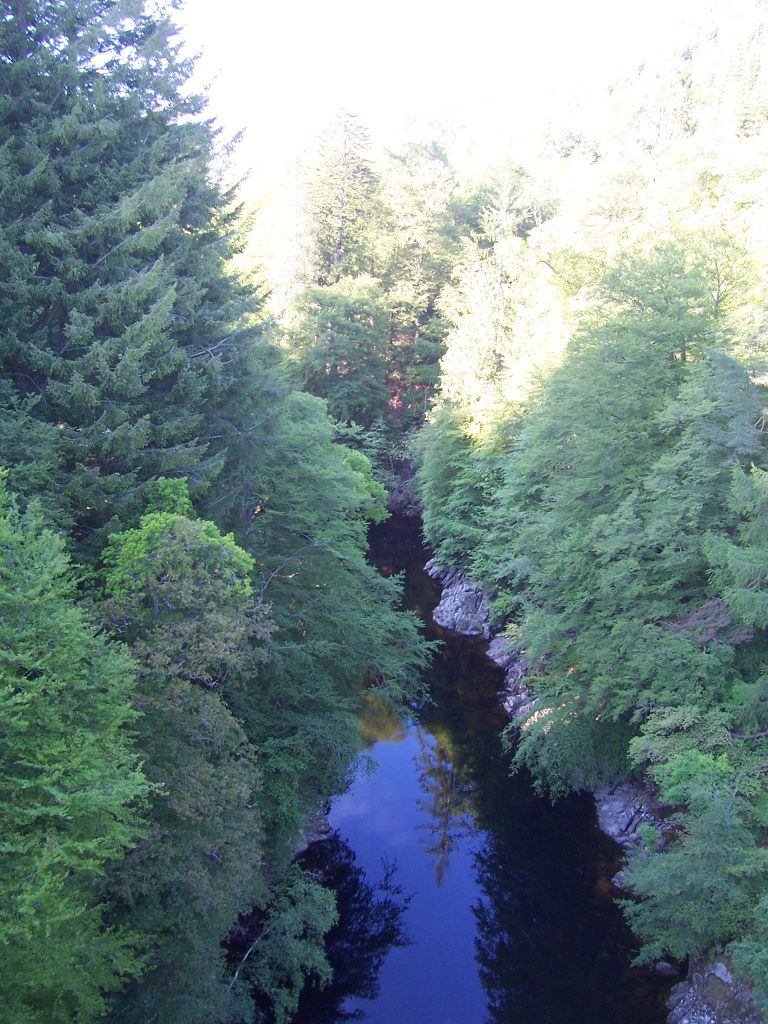 All in all, a very nice bike ride, and refreshing after the problems of the preceding couple of days.