I guess I’m really a sucker for  this sort of thing: a miniature toolset that offers a portable torque wrench of 2-8Nm all packed in a quality pouch with a wide range of bits (2, 2.5, 3, 4, 5, 6 mm Hex key; T10, T20 and T25 Torx; and a PH2 Philips) and corresponding driver ratchet. A rather blingy tool probably useful as a portable toolkit.

After perusing various online emporia, I decided to place the order directly with Silca in Indianapolis. Even given the lamentable post-referendum £-$ exchange rate, it still seemed an OK option in monetary terms. A week or so after the order was placed (and having received an email saying the packet being prepared for sending), I emailed Silca. This seemed to prompt dispatch via USPS on 7th December. From there, it seemed to take an odd circuitous route through three US states – see screen grab below:

Having returned to Chicago for the Xmas and New Year festivities, the parcel suddenly appeared in the UK on 3rd January and was delivered on the 4th. Yippee!

So, what do you get for near on 100 bucks? The tool comes in a neat and durable looking pouch. Those apparent press studs are actually magnetic closures, which also function to hold the smaller parts. 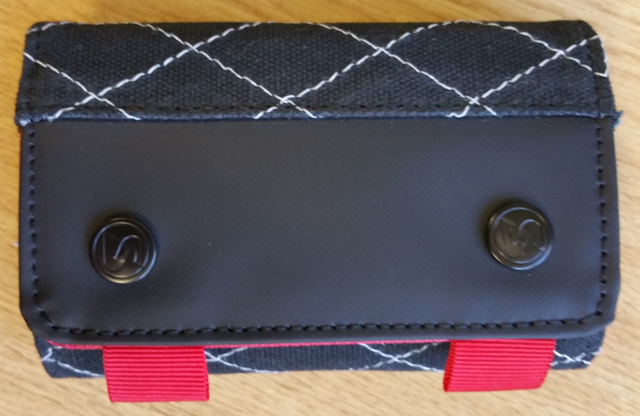 Opening this up reveals the ratcheting bar, and extension and the red torque beam: 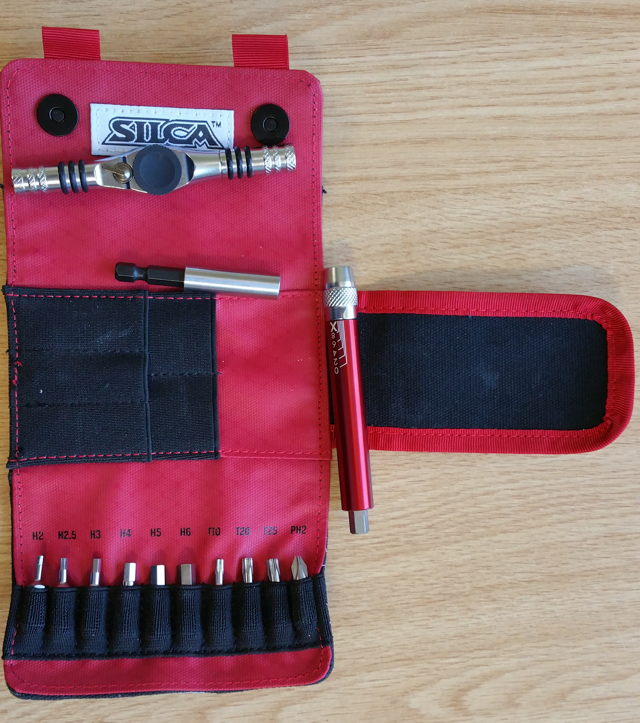 It’s quite an impressive array of bits. In use you can either use it as a ratcheting tool with one of the bits, or attach the red torque beam to use it as a torque wrench. Note that this isn’t the kind of torque wrench where you preset the torque  – rather it’s a bit more like one of those deflection wrenches where you turn the tool until a pointer reaches the desired toque setting on a dial. In this case there’s apparently a high precision Ti spring in the red tube, and you read the torque value on the rather tiny torque scale just visible above, closeup below. 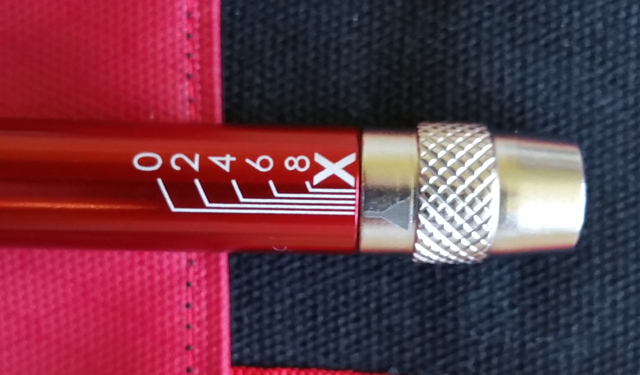 I’m not sure how accurately one can really judge a torque setting on a closely spaced scale such as that. Read on to see how it goes! In fact, the tool comes with minimal instructions. The card below is enclosed: these are the totality of the instructions (and they are reprinted on the underside of the inner box in case you miss the card). The X indicates you should not tighten beyond 8Nm. I think exceeding 8Nm damages the internal titanium spring. 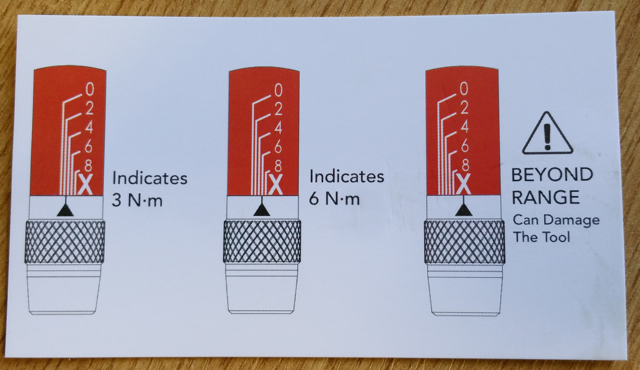 So how does it perform?

Well, I did a quick test on the most accessible bolt with a known maximum torque – the pair of 4mm hex bolts securing the seatpost into a Cervelo P3 frame, with a stated maximum torque of 4Nm. The tool assembles easily and accurately. In use, I found you had to squint a bit to be able to see the torque scale and pointer. I’ve no idea how accurate it is, but I was able to see the pointer move to 4Nm. I guess it’s pretty obvious that this torque wrench isn’t a workshop tool, but an ‘on the road’ tool, so maybe one might sacrifice a bit of utility for portability.

In the end, though, this is really a very nice bling bike tool entirely appropriate for this MAMIL-like cyclist!