Virgin Galactic Spaceport – it's not Lossiemouth

Richard Branson’s Virgin empire has announced that it has leased a site for its first Virgin Galactic spaceport.  Not surprisingly, they haven’t gone for RAF Lossiemouth as proposed by the Scottish National Party.

It’s been quite some road for Richard Branson, from the early days of publishin 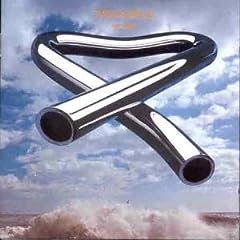 g a school newspaper, to founding Virgin Records, at that time an independent label, with this release (left).  He was a tougher cookie than Malcom McLaren when dealing with the Sex Pistols.  He founded a major chain of record stores (as a student in Edinburgh, the small Virgin Record in the New Town was the place to get indie releases), which recently got rebranded and has gone bust.  I can remember wondering what the hell he was up to getting involved in an airline, but obviously what do I know!

To be honest, I’d be surprised if there was a big queue of people wanting to cough up $200k for a suborbital hop, but then again Branson’s maybe got his eye on more practical things – apparently Virgin Galactic reckon they could deliver satellites into orbit more cheaply than current methods.

In the meantime, artists’ impressions show a space terminal that perhaps owes more to James Bond films than to Cape Kennedy.

It’s a shame his adventurer pal Steve Fossett won’t be around to see this. 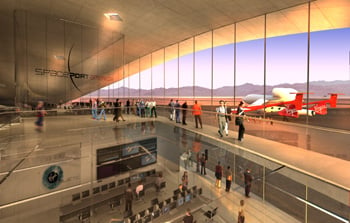 Darwin 200 at the Open University