The nannys at the Internet Watch Foundation, the people who generate lists of websites it doesn’t think we should see, have decided that customers of Virgin Media, Be/O2/Telefonica, EasyNet/UK Online, PlusNet, Demon and Opal should be unable to view the Wikipedia page about the 1976 album Virgin Killer by German metal band The Scorpions (if you’ve been blocked, you won’t be able to see that link).  OK, it’s tasteless (and I never particularly cared for the Scorpions’ music), but should it have been blocked?

The blacklisting of this Wikipedia page has had consequences on the ability of those UK webusers to edit Wikipedia articles.

Here’s a report from the The Register, and here’s the Internet Watch Foundation statement on why they blacklisted the page. Also relevant is the ZDnet report.

One final question, who watches the internet watchmen?  Ultimately, who decides what to ban and what not to ban?  I am an adult, I find the Virgin Killer sleeve tasteless but not appropriate for banning.  How do we know what else we’re being prevented from seeing?  How accountable to the public are the IWF?  The IWF list their membership here, but I can’t see a list of blocked URLs.  However, there is a policy on Child Sex Abuse Content URLs: apparently the criterion is  that the URLs contain “potentially illegal child sexual abuse content”, as judged by “Internet Content Analysts (ICAs) who have comprehensive and in-depth training on relevant UK legislation by the appropriate UK police personnel”.

Seems like an over-reaction to an (albeit dodgy) LP sleeve from 1976!  How many other album covers will get banned?  What about this one: 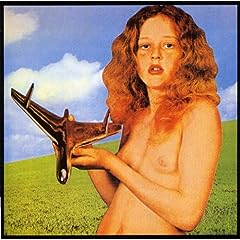 a bit creepy, and one might see sexual undertones; or this one: 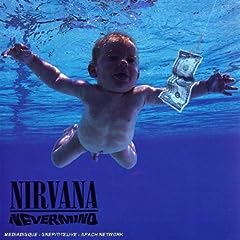 which could have political overtones, as well!

Government caves in over datasharing proposals