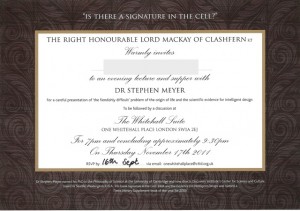 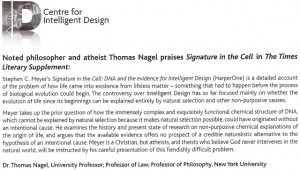 14 thoughts on “An evening with the Centre for Intelligent Design: why I didn’t attend.”