We arrived in Oban in good time, despite various delays en route. We left the car as pre-arranged with a garage, reassembled the tandem and loaded it with the panniers and the rest of the luggage. And then we set off for the Calmac terminal. This was the first time we’d ridden the bike with a full touring load – and very stable it was. In comparison, our trusty Dawes always took an hour or so before I felt properly at ease with its loaded steering.

Down at the terminal, we leant the bike against a suitable wall. We bought two Island Hopscotch 12 tickets (despite the lad at the counter being concerned we wanted to do the route in the wrong direction)and waited for the ferry to load. The preceding ferry (to Mull) was very delayed due to some vehicle getting stuck on board over at Craignure. This caused great consternation among the coach loads of old people presumably headed for Iona, and long queues at the toilets.

We chatted to some fellow cyclists including a Dutch lady heading for Barra. She had a solo touring bike with a Rohloff hub and hydraulic rim brakes, and had crossed the North Sea by ferry, reaching Oban by train. Our tandem did seem to attract quite a bit of attention, and not only from the many cyclists waiting to board.

The contingent of cyclists got to board the boat before the motorists, which is always good.

Owing to the delays on the Oban-Mull route, our boat called at Craignure to pick up people who’d intended to return to Oban before setting out for the Outer Hebrides. We had a cup of tea (Carol) and a pint of very excellent Colonsay 80/- (me), followed a bit later by fish & chips in the CalMac cafeteria.

And then on up the sound of Mull, crossing the paths of the Lochaline-Fishnish and Kilchoan-Tobermory ferries. As we moved out into the Minch, it got a bit cooler and those sitting outside either put more layers on or came indoors. But the sun was still there, beaming occasionally through the thin cloud as the boat moved on through calm water. In fact, we were finding it
quite hard to believe the dire weather forecast for Wednesday. 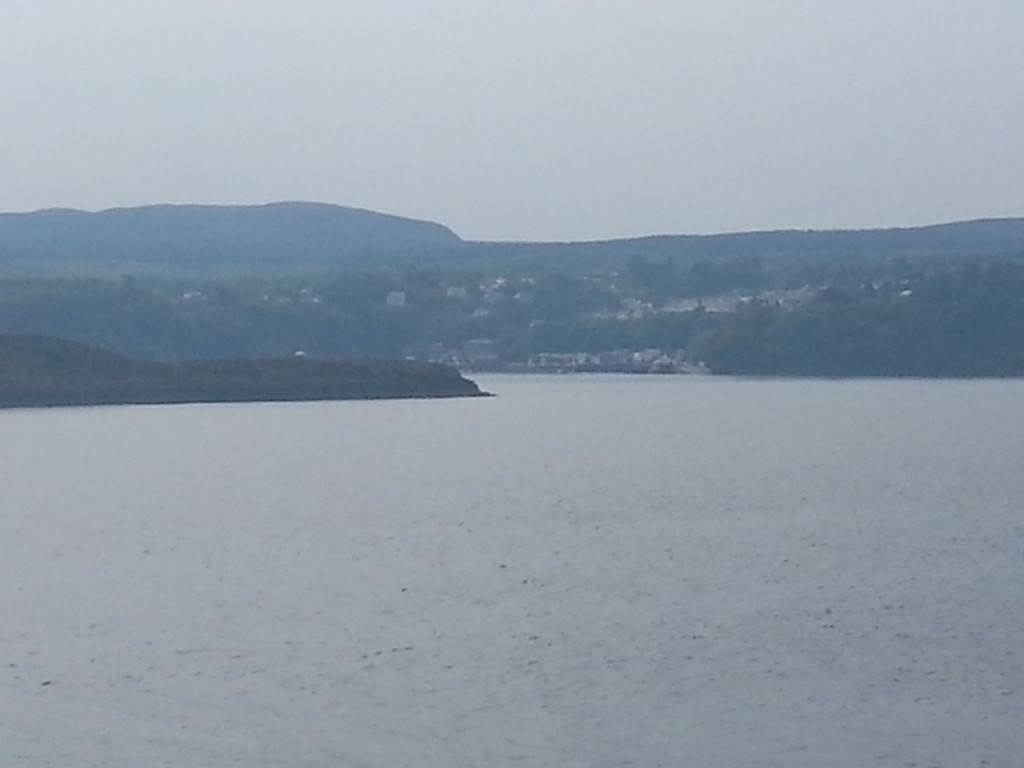 Because of the unscheduled stop at Craignure, we were about half an hour late arriving at Lochboisdale. Finding the B&B I’d booked was no problem, and we quickly unloaded the tandem. 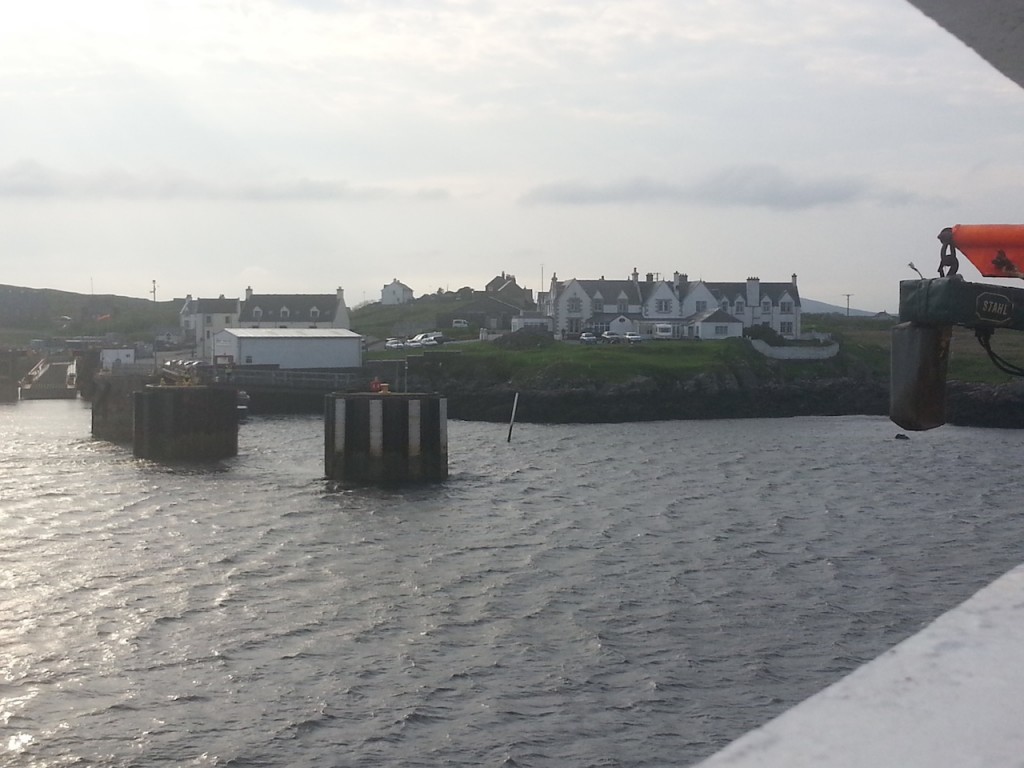 View from our room the night we arrived

By this time the wind had got up quite strongly, but it was still reasonably fine. We walked over to the Lochboisdale Hotel for a beer, encountering a brave cyclist looking for somewhere to pitch his tent. By the time we left the Hotel, the wind was really very strong, and by 9.30pm  rain was lashing down.