After yesterday’s debacle, we were a bit late setting off (plus we did a little gift shopping in the morning).  I got a replacement tyre from the bike shop (Escape Route) that was very conveniently just across the road from where we were staying. When fitting the new tyre, it was pretty clear how lucky we had been to make it back OK – the inner tube was badly worn by the choco-milk bottle tyre boot, and was on the point of puncturing. At least the choco-milk bottle tyre boot had stopped the tube pushing out between the tyre bead and the sidewalk!

Eventually we drove over to Kinloch Rannoch, where we parked the car in a layby that looked to be mostly used by canoeists (judging from the warning signs about log jams downstream!).  Weatherwise, this was quite a change from the blazing conditions we’d hadon the previous day  – we’d woken to rather cooler temperatures, and during the morning it had not only got cooler still, but the overcast skies had started to drizzle at times.

We chose the unclassified south road to start. This was delightfully quiet, with only occasional cars, and we mostly saw fishermen in the Loch, with occasional tents by the Lochside. On this section, we saw another red squirrel, but once again could’t take a photo.

Rounding the far end of the loch, we continued to see lots of fishermen – eventually we asked one whether there was a fishing competition, but apparently it was just a coach-load of blokes from Irvine.  On the way back, we saw an astonishingly small micro-pony, with its even tinier “pocket foal”.  We stopped to look, but the foal got rather anxious and we moved on.  On the subject of livestock, we saw a fine multi-horned ram in a field (below). 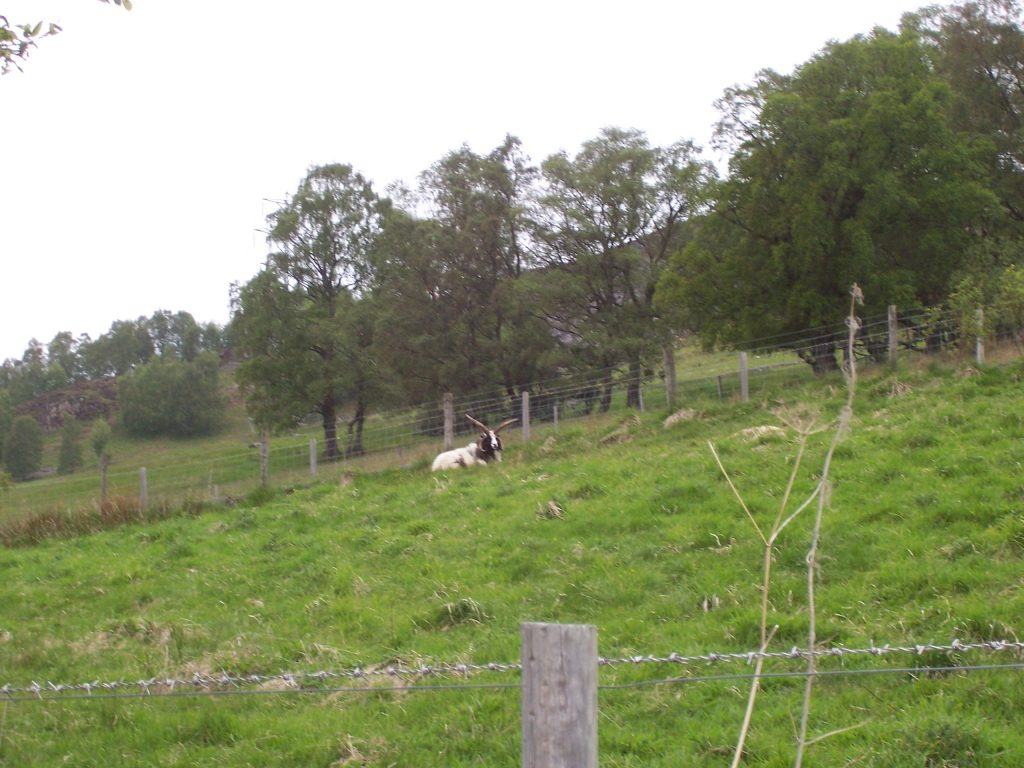 I’VE NO IDEA WHAT BREED OF SHEEP THIS IS!

We returned to the car pretty uneventfully, and went back to Pitlochry, where we went to the Auld Smiddy for some beer and dinner (venison sausages on mash wth roasted vegetables).