32 miles (but the hardest miles of the trip!)

Today was the best weather of the trip so far, and we spent the cycling the length of Ardnamurchan.   This came as something of a relief, and after another excellent breakfast we loaded up the tandem and rolled down the hill into Salen, and set off into Arndamurchan. 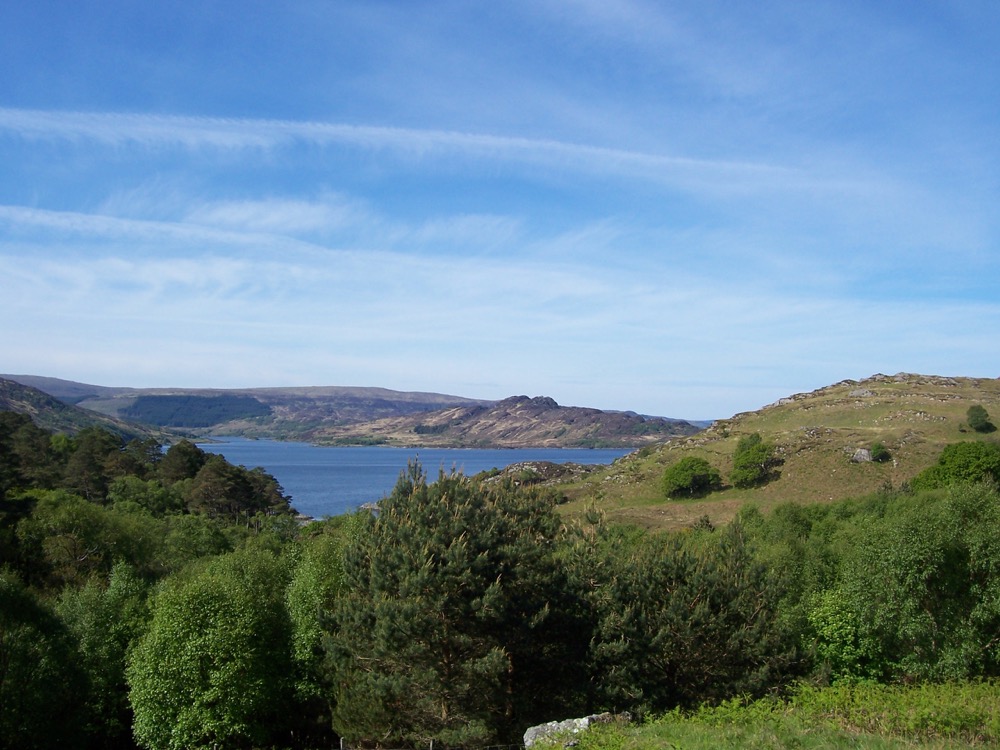 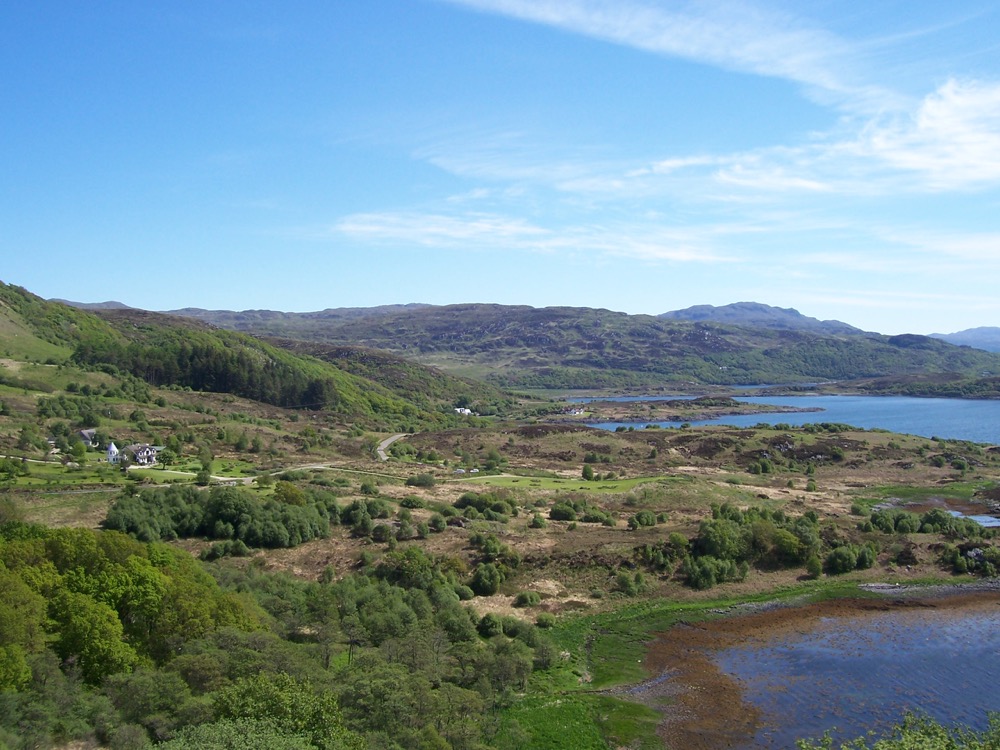 The eastern part of Ardnaurchan has some of the most glorious native broadleaf woodland – and is pretty tough cycling as the road rises and dips repeatedly from the shores of Loch Sunart.  We stopped to talk to a couple of girls packing up camp to head back to Glasgow (train from Fort William), then carried on.  We stopped at a tearoom/wildlife centre with an RSPB person for much-needed tea and icecream.  Here we were entertained by the aerobatic antics of swallows.  The swallows seemed intent on just showing off – I swear they were zooming inches from our noses!

Shortly after leaving the tea room, the landscape became quite bare, and the road climbs up – a long but steady climb that eventually descends to Kilchoan.  In this section we saw numerous red deer. 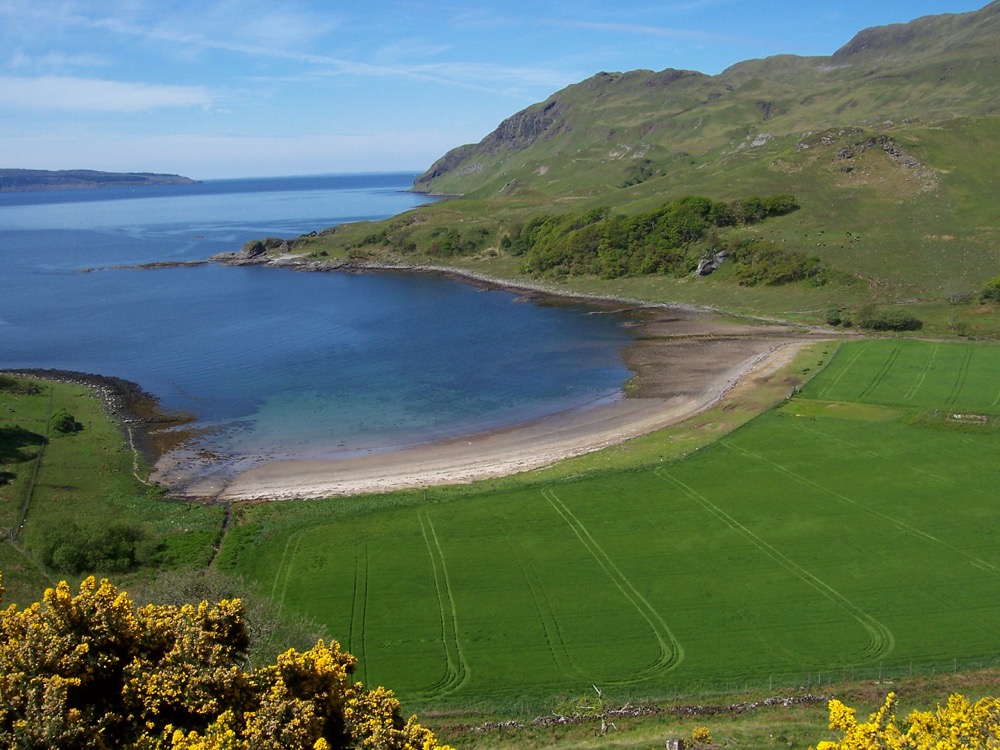 A glorious bay on Ardnamurchan – still being farmed 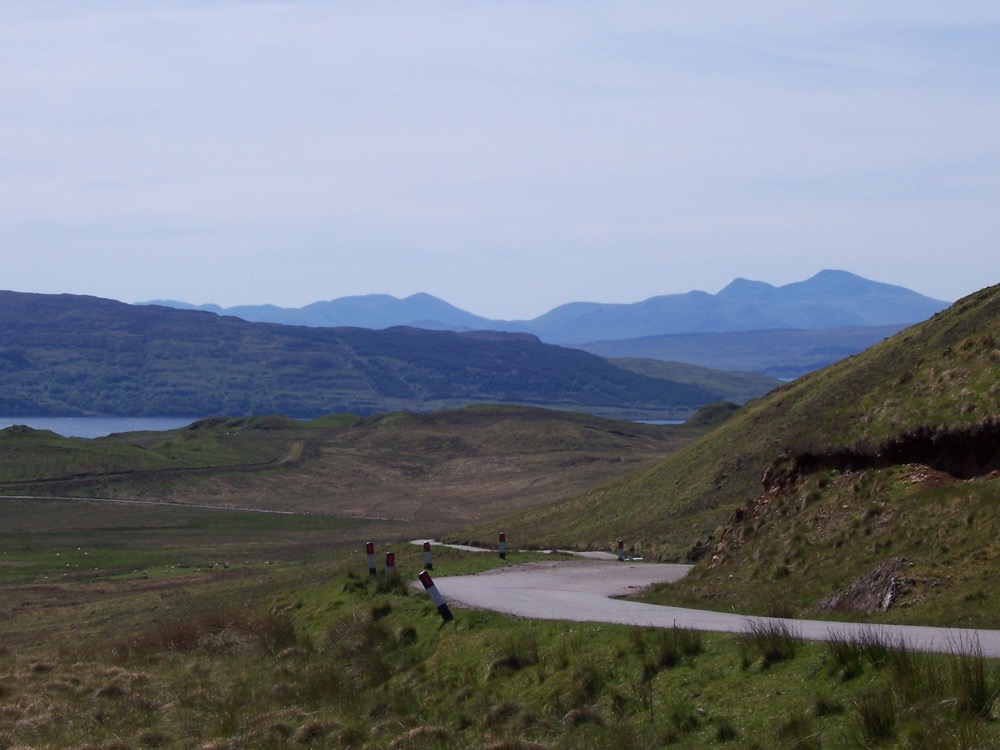 Looking back down the long climb

From Kilchoan we rode onwards to visit Ardnamurchan Point, which is the westernmost place on the mainland.  This was 6 of the toughest miles of the trip, and we still had to ride back to Kilchoan!   This road has what seems an inexhaustible set of 1:4 gradients – short but stiff – though of course it’s all worth it when you get to the Point.  There are splendid views of the smaller Hebrides from Ardnamurchan Point, and a lighthouse.  There are tours of the lighthouse, but we were keen to press on and still had to eat lunch! 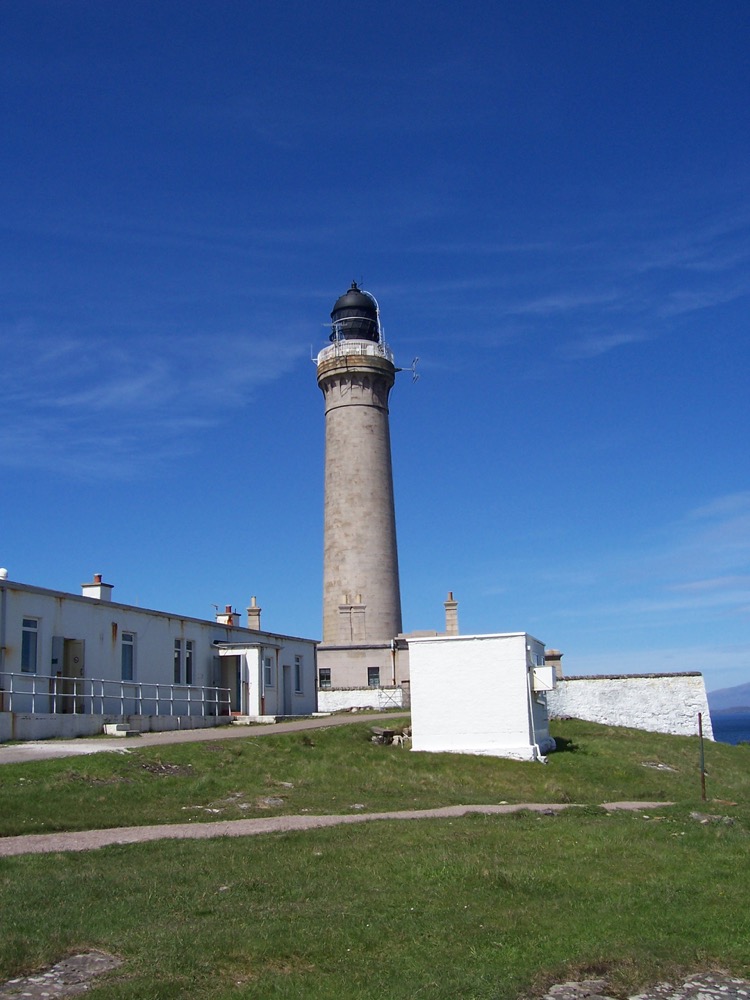 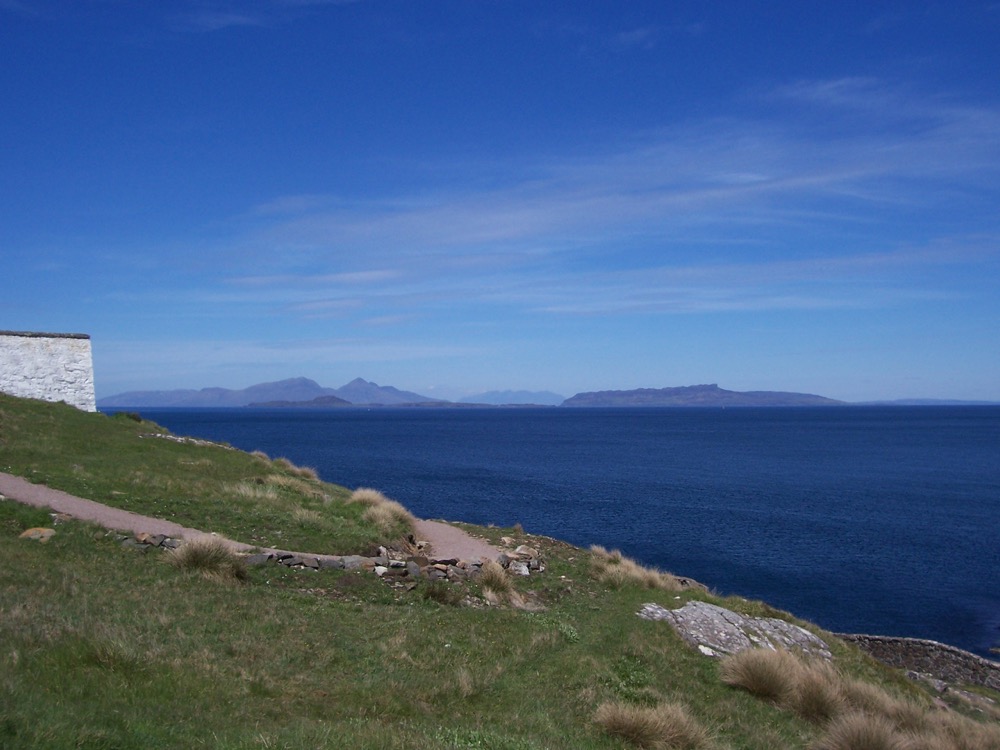 View of the isles from the lighthouse

Apparently the local cetacean group use the lighthouse for dolphin and whale spotting.  After walking up to the lighthouse, we rode back down the road a short distance and stopped to heat up some lunch.  Checking our watches, we wondered whether we’d make the 15.15 ferry from Kilchoan to Tobermory.  In the event the ferry men saw us whizzing down to the ferry and waited for us!  The crossing was terrific, warm enough to sit outdoors on deck.

Once in Tobermory, we finally found a B&B – most had no vacancies (something of a pattern on this trip).  This involved cycling the loaded tandem up some of the steepest streets we’ve ever ridden up.  After a hot shower, we wandered around Tobermory, stopping for scallops and chips from the fish and chip stall on the harbour and then a beer.