37.3 miles
After seeing the weather forecast for today, we weren’t optimistic, but after overnight rain, we awoke to another very sunny morning.  After a vast and excellent breakfast (for me this included eggs, bacon, sausages, white pudding, black pudding, mushrooms, tomato and baked beans!), we set out to ride round North Uist anticlockwise. The biggest climbs were between Lochmaddy and the Berneray road, and even these weren’t particularly tough.  However, we decided after looking at the map that we wouldn’t investigate Berneray, and we continued towards Solas.

After a bit, vast sandy beaches came into view, and it was with some chagrin that we discovered that the batteries in the camera had run down.  However, as we approached Solas we could see the familiar Coop green and sure enough there was a rather good Coop in Solas.  Not only did we buy batteries, but we got a couple of bottles of chocolate milk as a substitute for banana milk.

Pressing on, we paused for a drink as we eased round to the western coast of North Uist.  Here B&Bs become more plentiful.  It also got very much sunnier, and we were able to see St Kilda in the distance. 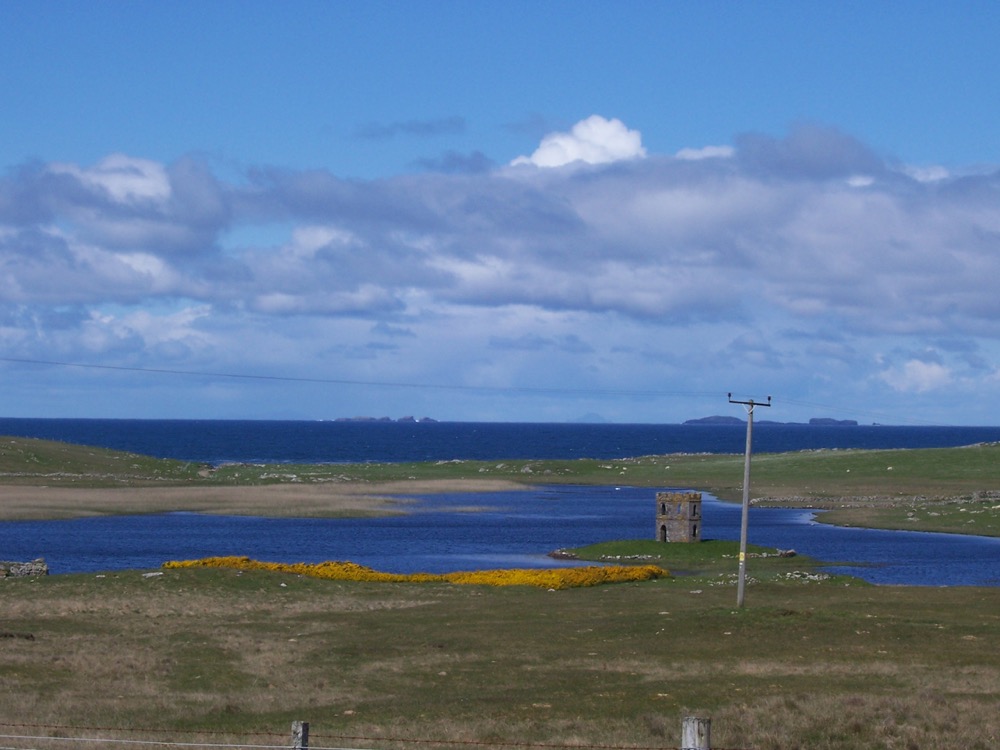 St Kilda lies about 40 miles to the west, and can be seen faintly on the horizon

We took a detour up the C83 Solas road to look for a standing stone indicated on our tourist map.  As usual this was not signposted, but was visible from the road.  Retracing back to the main road, we paused at an excellent tearoom for a cup of tea and a slice of cake (lunch still out of the question as we were still full of breakfast).  At Clachan we turned towards Lochmaddy, pausing only to stop at the ruins of a chambered cairn. 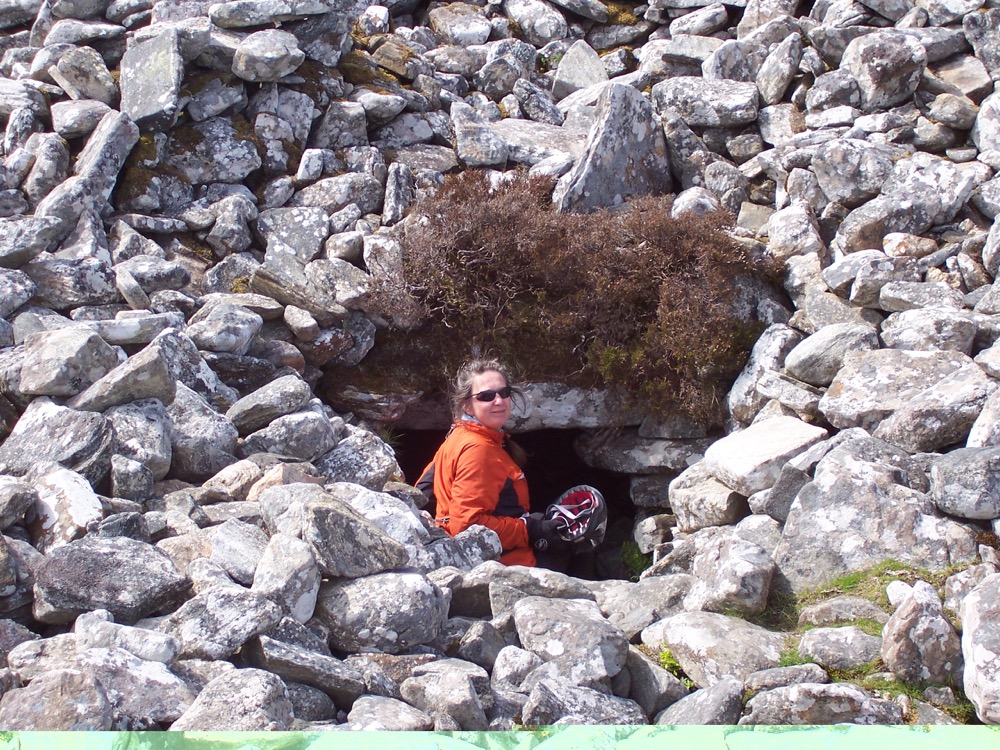 Once back at the hotel, we changed and popped out to buy a paper and stroll about.  A highlight was a visit to an art installation in the form of a camera obscura buily inside a cairn.  Then back to the hotel for beers and dinner.

On looking at the weather forecast, we were apprehensive about the next day’s weather, and decided nthat riding over the Quirang as originally planned might not be a good idea.  Still, we retired for the night resolved to review the situation when we arrived at Uig, with the overall plan to make it to either Portree or Broadford.