This is a longer-term update: I’ve ridden with the eTap Aero group on my Cervelo P5 for pretty much the whole of the 2016 season, from mid-March through to my traditional season closing event, the Duo Normand in late September. During this period, the set has performed flawlessly. Until the end of the season, that is – see the end of this report for more on that.

I did find that the old style Campagnolo Record chainset, which was 9-speed and with a pair of third party TA rings, wasn’t ideally suited to the 11-speed transmission. In fact, I found that the chain tended to drop between the rings. So in the end, I decided to buy buy a newer model. I like the Campag Ultra-Torque system, so I stuck with Record – though the new four bolt rings seem to a bit more inflexible regarding third party chain rings. Still, 53 x 11 ought to be big enough for anyone!

One of the particularly annoying things about the (frankly rather expensive) eTap Aero set was the lack of sensibly designed switches for the ends of the handlebar extensions. Initially, I mounted the blips on the underside of the extensions, just down from the ends of the bars. This has the effect of requiring a distinct movement of hands to effect a gear change, which wasn’t ideal. So I mounted the blips by virtue of classic bodging into the ends of the extensions. This worked well, and served me well until the end of the season, by which time SRAM had finally brought out *proper* extension-end switches, called **clics**. Mind you, these are unreasonably expensive for components that by right ought to have been part of the group to start with. 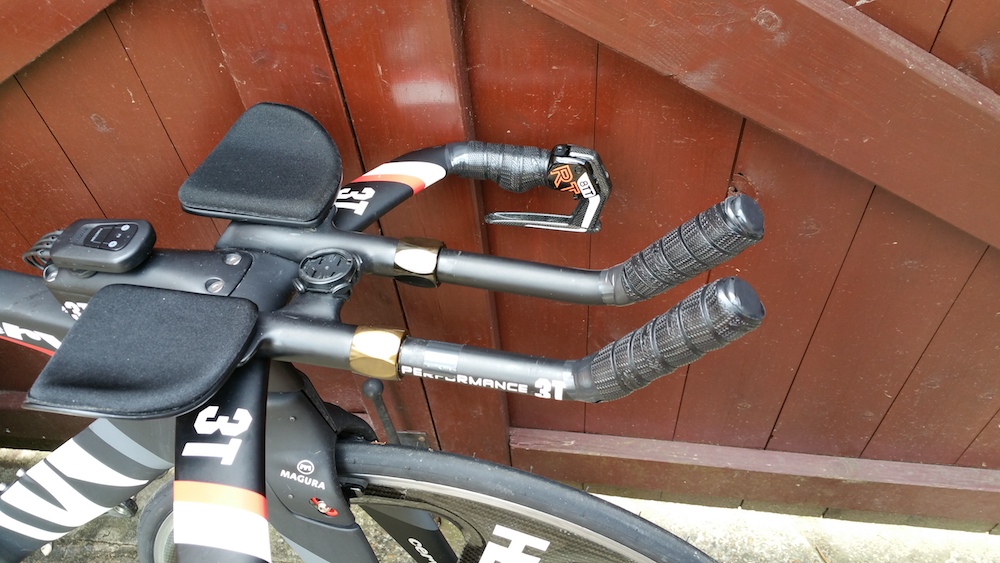 Above: modified blip switches, mounted in the ends of extensions. This bodge involves bits of bar plug, tub tape and black insulating tape! 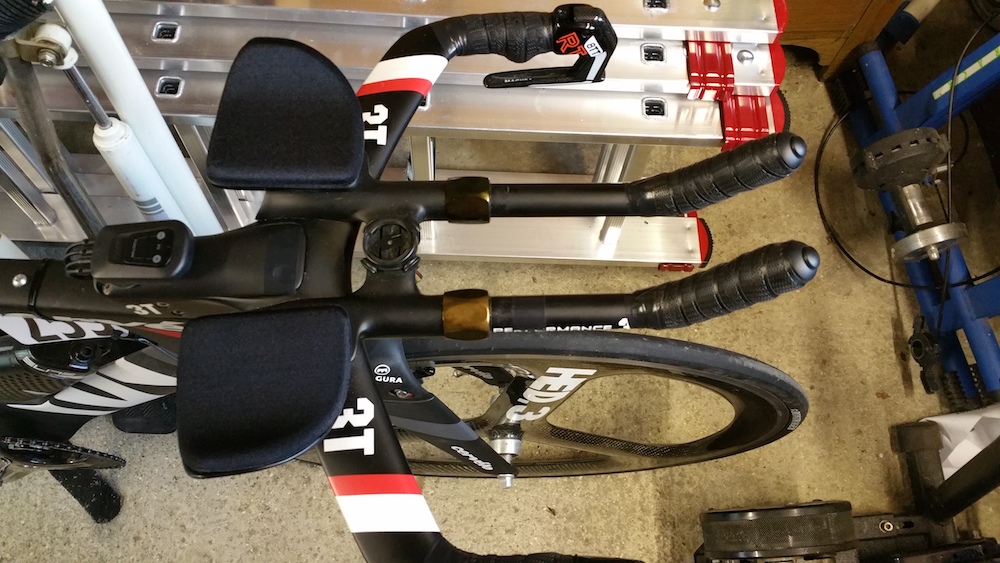 During use, I had no issues with batteries running out. The Garmin 520 I use links well with the eTap system, with display options such as current gear selection (which is surprisingly useful) and battery status. the Instruction leaflet cautions agains transporting the bike with batteries attached in case they discharge – the gear mechs are motion sensitive. In use, i didn’t find this an issue for drives of up to an hour to an event, and even the 12h journey to Normandy for the Duo Normand.

I do have a problem with the eTap system to report. In November, shortly after the racing season finished, I noticed that one of the inputs to the blipbox was no longer functioning. By switching blips between the inputs, I concluded that the input rather than the blips was at fault. I arranged a return to the mail order supplier in mid-November. At the end of December, I am still awaiting a replacement blipbox. This rather unsatisfactory turn of events somewhat reduces my enthusiasm for the eTap system. It’s not clear whether the issue lies with the mail order supplier or with SRAM (who may have supply problems). More later on this.