Rather a windy morning on the F1B/25 for this event, and mostly it manifest itself as an unhelpful sidewind! There’s a website which uses the weather forecast to predict conditions for a given time trial – MyWindsock – so actually I had a pretty good idea what it was to be like. I was mostly worried about steering in a strong crosswind, but in fact that wasn’t so much of a problem. Instead the windy conditions just made the ride hard.

As an early starter, the road was pretty quiet, and I had no hold-ups on any of the roundabouts. I reached the turn in a shade under 30 minutes, and the finish in 58:20.

Davey Jones was out again with his camera – the picture below is exiting the final RAB at Sandy with about three miles to go. 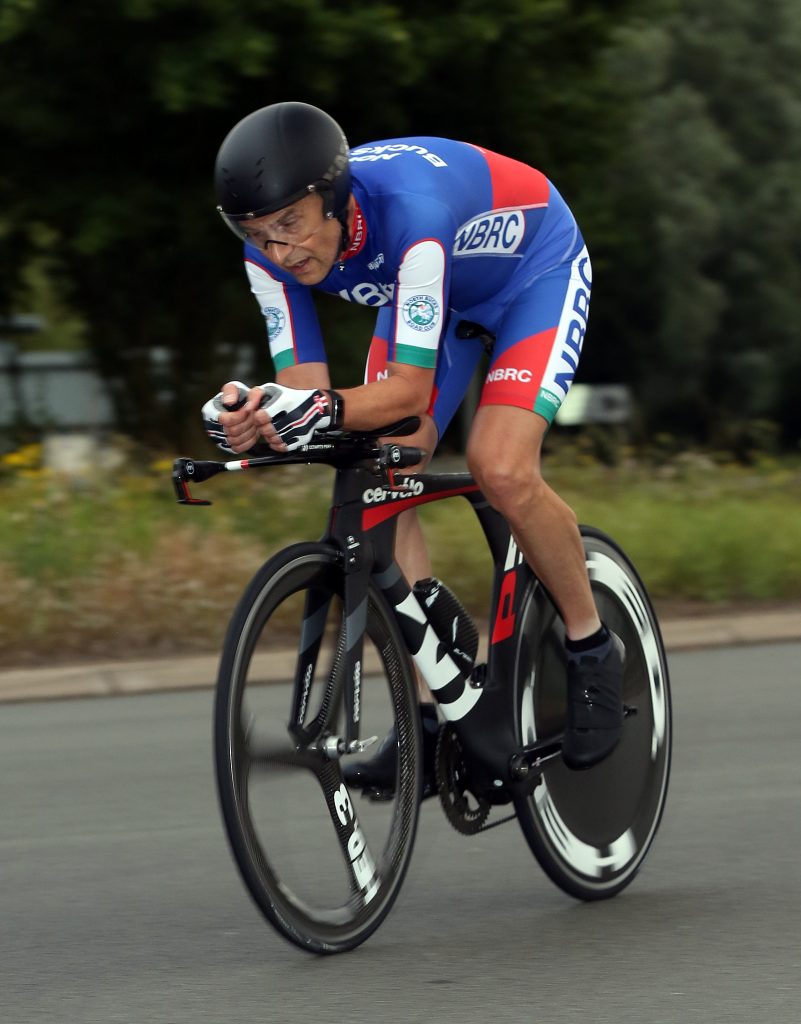