This event was on the F1B/25, the southbound course starting and finishing near Tempsford (the only F1 course remaining now the Black Cat roundabout has been “improved”. The forecast was really not encouraging: cold and breezy – at least it was a (sort of) tail wind from the south. I had chosen to ride the P5 with the Hed wheels (with a Powertap rear hub) that I used for Wednesday’s club event. In fact, I disobeyed Team Grumpy Rule #2, by tinkering with the bike on the day before, fitting normal brake blocks instead of the carbon-specific cork blocks.

Warming up before the event, I did several accelerations to check the rear wheel was solidly in place. The start crew were very good, particularly the pusher-off, who held riders very steadily from behind. He must have got a bit of shock when I stopped almost immediately after starting, as I pulled my rear wheel and jammed it firm against the brake block. It took two attempts to sort this out, but which time the guy starting behind had passed me. First time I’ve been caught for a minute within 10 metres. After the event, I spoke to the pusher-off who said he’d worried it was something to do with him. Not to worry, it was all my fault!

The southbound leg was really tough – I knew early on that I’d be lucky to get under the hour, even without by hold up of more than a minute! Still, I pressed on, eventually passing #88, and a few others. At the turn, Davey Jones was out in his usual spot, taking photos. 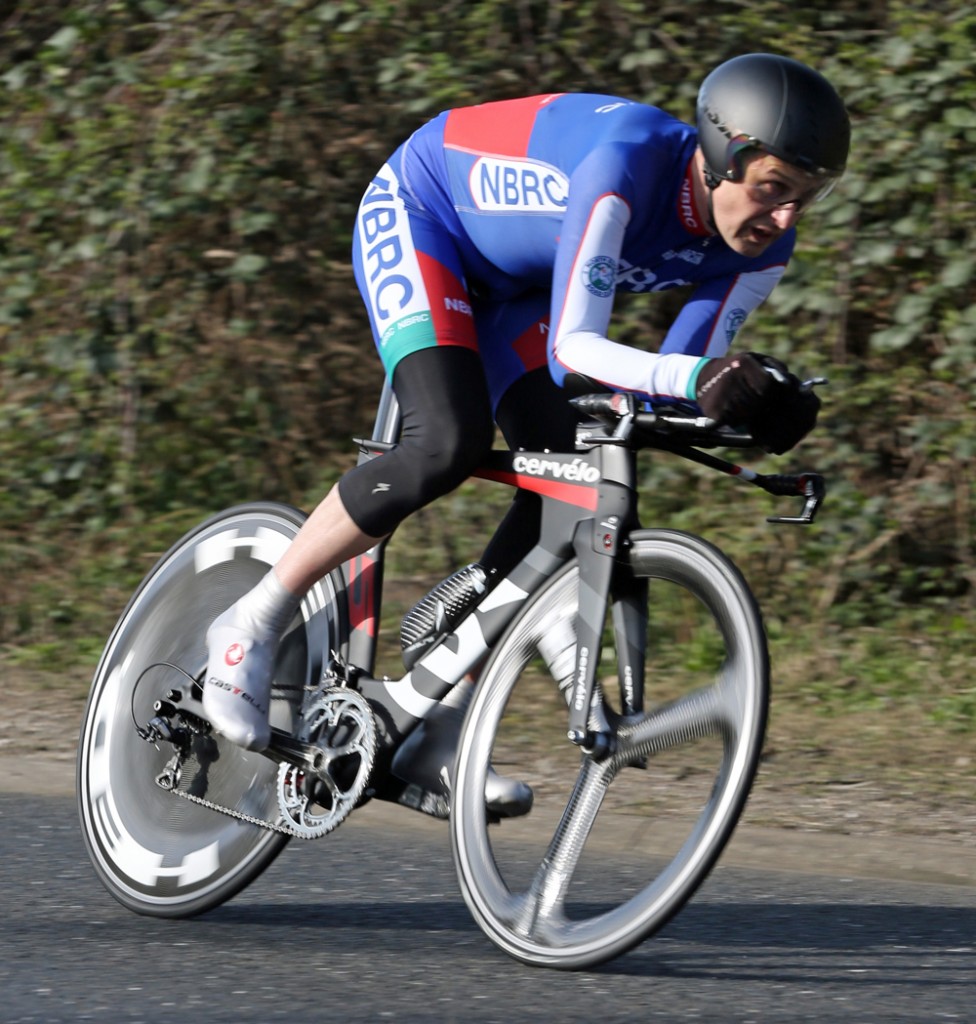 At the turn. Photo by Davey Jones

Once round the turn, it was good to have a tail wind, but actually at some points, there was enough side wind in it that my steering became quite twitchy. Despite the steering difficulty, it was quite quick getting back to Tempsford. Carol was out watching as I came past Tempsford Hall at 30mph on the way to the finish.

I completed in about 1:1:40. Not a stellar performance. My Garmin trace reveals a moving time of 1:0:11 for 40.2km, so it’s pretty clear I wouldn’t have finished in less than an hour, even without my technical problem at the start!