This event was my first open solo event of 2015, and was an afternoon ’10’ held on the F2D/10, a course based on the A428, turning at the junction with the Madingley Road into Cambridge. The weather was pretty cold, with a bit of a stiff crosswind that may have provided a bit of assistance (but not much) on the outward leg. The event also revealed a bit of an issue with the Kask aero hat!

I went out to “warm up” near the start, but really only succeeded in getting quite cold! The start is down a road running alongside the A428 dual carriageway, so that provides a useful stretch of road to ride up an down.  The start itself is by a large water tower, and it’s only a short distance to the roundabout where we join the sliproad to the A428 – not much time to get up to speed before slowing to take a sharp left. I went off down the sliproad pretty briskly, and just before joining the A428 proper, I looked over my right shoulder to check out the traffic situation. At this point my visor (attached with small magnets) caught the wind and flipped straight off the helmet. This was a bit annoying – I reckoned replacement visors come particularly cheap (an eyewatering £43.99 at Wiggle!!!) and for the rest of the race, my thoughts kept returning to the fate of the visor!

Anyway, there was no way I was going to stop to retrieve it and I pressed on. My hands were feeling a little chilly, but apart from that I didn’t feel particularly cold once I was riding. The road is a pretty nice dual carriageway course that undulates a bit, so my speed (the only numbers I could read on my Garmin) did fluctuate a bit.

The turn is a bit fiddly, but at least my memory of it from previous rides was accurate – a sliproad takes you off the dual carriageway, then eventually to a roundabout that you have to ride all the way round to get to the correct exit to return to the A428. Riding back down to the dual carriageway builds up a fair bit of speed, but fairly soon after, I found myself going inexplicably slowly – presumably a combination of a slight gradient and the headwind.

Not much to report on the return leg, other than I got slightly stalled by traffic at the Cambourne junction. But still that won’t have represented much of a dent to my time! The it was back to the HQ to see some times, eat cake etc. I finished in 31st place with 22:44, which was a bit quicker than last year’s 22:54 (and in similar conditons). Tony was 36th with 23:00. The winner was Jason Boutell with a cracking ride of 19:57.

Oh, and after the event, we went off in search of my errant visor. We found it apparently undamaged sitting on its edge in the hard shoulder of the sliproad. So a happy ending, though I’ll have to figure out a better way of attaching it in future. 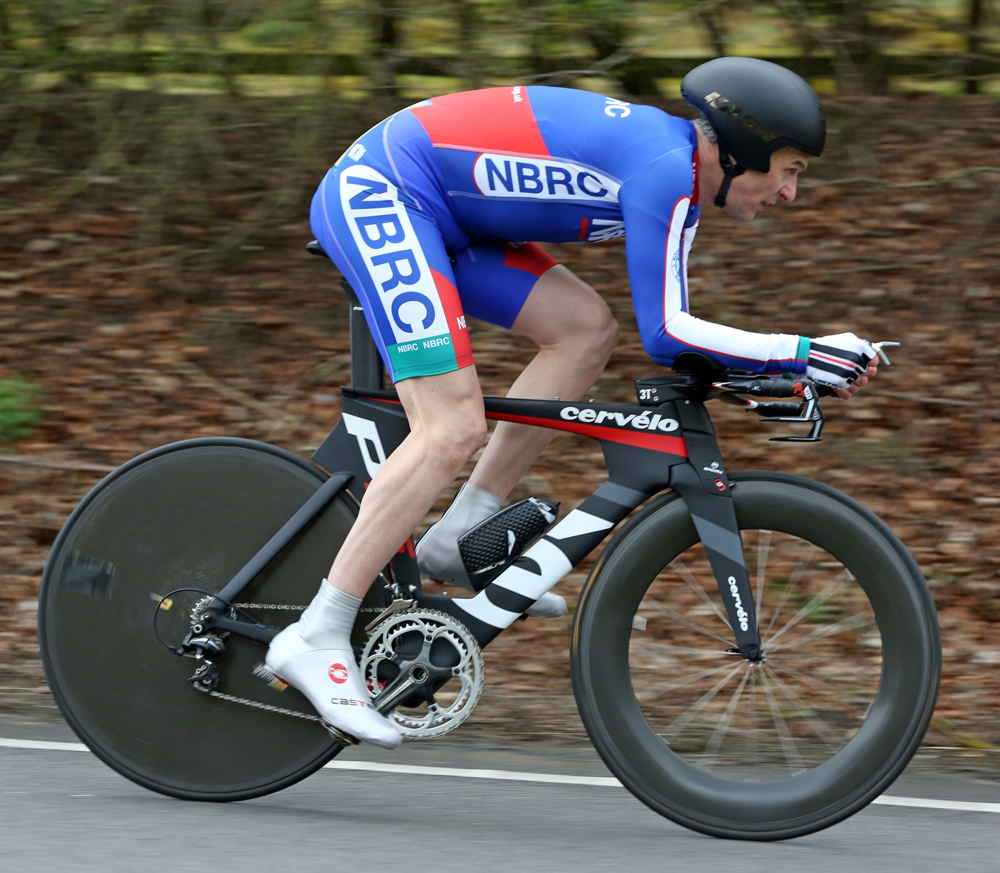 Near the turn, minus visor (Photo: Davey Jones) 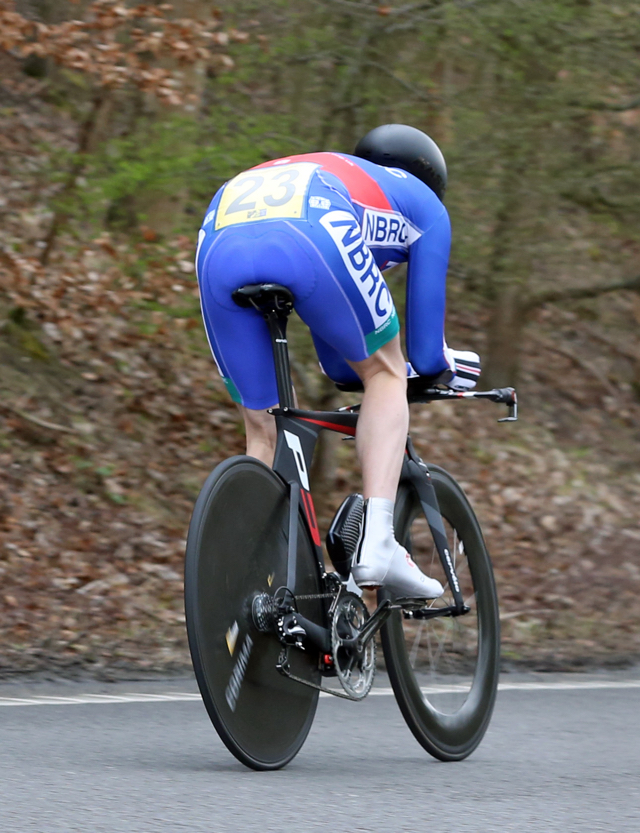